Housser and Stroh were selected as finalists by an independent judging panel composed of business, academic, and civic leaders, and past winners. Judges evaluated entrepreneurs’ track records and forward motion, and award those who have demonstrated excellence and extraordinary success in areas including innovation, financial performance, and personal commitment to businesses and communities. The Entrepreneur Of The Year program, started in 1986, is created and produced by professional services firm Ernst & Young LLP.

"It is an honor to be recognized in the Entrepreneur Of The Year program, particularly given the history of great companies that have been honored by Ernst & Young, and the tremendous pool of entrepreneurs named finalists this year," says Stroh.

Stroh and Housser were nominated and selected as finalists for their pioneering work as co-founders and CEOs of Bills.com's sister company, Freedom Financial Network (www.freedomfinancialnetwork.com). Freedom Financial Network has served more than 7,500 customers nationwide and manages more than $250 million in consumer debt. The company operates offices in Sacramento and Tempe, Ariz., as well as its headquarters office in San Mateo.

Based in San Mateo, Calif., Bills.com is a free one-stop online portal where consumers can educate themselves about complex personal finance issues and save money by choosing the best-value products from a network of qualified service providers. Since 2002, Bills.com’s partner company, Freedom Financial Network, has provided consumer debt resolution services, serving more than 7,500 customers nationwide and managing more than $250 million in consumer debt. The company’s co-founders and CEOs, Andrew Housser and Brad Stroh, were recently named Northern California finalists in Ernst & Young’s 2006 Entrepreneur of the Year Awards. 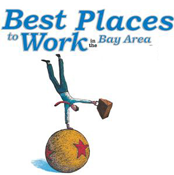