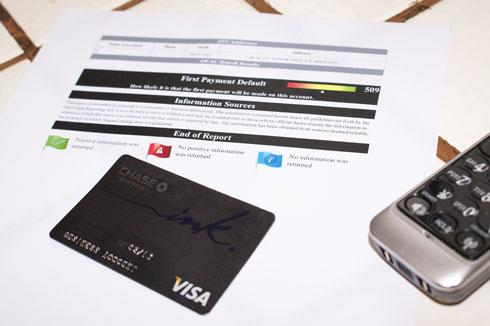 Analysis of the Effects of Bankruptcy, Foreclosure, Maxing-Out a Credit Card, and Debt Settlement On a Credit Score

The number of Americans under financial strain keeps growing. Rising prices, job loss and unemployment, adjustable mortgages that reset to a higher monthly payment, and other factors have combined to place more Americans under the financial gun. There have been record numbers of foreclosures and delinquent mortgages. Bankruptcy filings are high, too, even though it is harder to qualify for a Chapter 7 bankruptcy than it was before the bankruptcy laws were changed in 2005.

It is not only Americans’ pocket books that have taken a major hit. According to date released in 2010 by Fico Inc. more than 43 million Americans have a credit score less than 599. A score below 599 makes the individual a poor credit risk to lenders and will likely result in higher borrowing costs, if the borrower is even approved for a loan.

Your credit score is important, as it affects your ability to buy a house, purchase or lease a car, the interest rate you pay on any loans or lines of credit, your insurance rates, or even your ability to rent an apartment or get a job. Because credit scores are so important and there have been so many people unable to meet all of their obligations, it is worthwhile to review how certain negative events affect credit scores. It is also useful information for people who are considering a strategic default, who may want to weigh the hit on the credit compared to the monetary gain that can come with walking away from an underwater property.

To illustrate this, below is a chart with a comparison that was provided by MyFico.com, "the consumer division of Fair Isaac, the company that invented the FICO credit risk score that lenders use" most commonly. Because of the complexity of the scoring algorithm that is used to calculate your FICO score, it has traditionally been next to impossible to determine how specific negative events affect a credit score. Now we have the information straight from the horse’s mouth!

The comparison shows a person with decent credit (Joe) and a person with excellent credit (Janet). The first chart lists the Joe and Janet’s credit history, giving the reasons for why one has excellent credit and the other only decent credit. Joe, as you can see, is using a higher percentage of his credit lines than Janet. Joe’s credit utilization negatively affects his score. He also has a few late payments on his record that have harmed his score. Janet, on the other hand, has no blemishes at all, a large number of active accounts, and a variety of the types of account (mortgage, student loan, multiple credit cards, and an auto loan), and credit utilization that is below the range that harms her score. She also has a longer credit history. All these factors combine to make Janet’s score excellent.

It is very important when analyzing the effects of credit problems that you keep in mind that each person’s individual credit profile makes up his or her score. Janet may have a 780 credit score, but that does not mean that everyone who has a 780 credit score has the same credit history. If you have a 780 score and had a different number of accounts, length of credit history, and types of account, the negative credit events in chart two will have result in a drop in score that may be different than Janet’s. Still, if used as a guideline and not as a Bible, this information is quite useful.

Even many people with excellent credit histories have not been immune to the financial strain of the past few years. The second chart illustrates how specific negative events affect Joe and Janet differently. The cliché “the bigger they are the harder they fall” applies. Because Janet had a higher score , due to having no blemishes, each negative event does greater harm to her score. For instance, if both filed for bankruptcy, Joe’s score would drop from 130-150 points, while Janet’s would plummet 220-240 points! Regarding a foreclosure, Joe’s score would drop 85-105 and Janet’s would fall 140-160 points. You’ll see that the second chart is arranged so that the less severe credit problems are at the top and each one below gets more serious.

To clarify some of the terms on the second chart, a card is maxed out when the entire credit line you have been granted is used up or exceeded. Settling a debt is when you or a professional you hire negotiates a reduced principal payoff with your creditor. Your score drops and there is a specific notation made on your credit report that the account was settled for less than the full balance owed.

No matter how severe the credit problem, the damage is not irreparable. For instance, while a bankruptcy will remain on your credit report for as long as 10 years, you can come out of bankruptcy and build an excellent credit score within two to three years. All it takes to do so is the willingness and the discipline to take the right steps to improve your score.