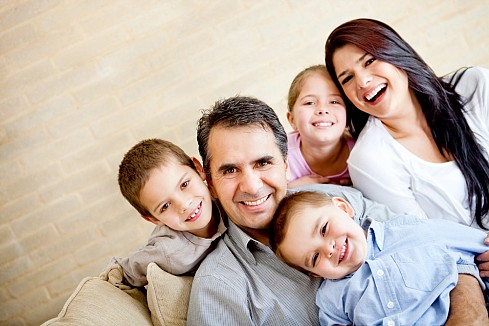 Debt, debt, and more debt. Are you also facing growing debt levels? Are you able to maintain your monthly payments? How does your debt level compare with the rest of the nation?

In order to get a perspective of the US Household Debt situation in 2018, check out data that relates to the amount of debt (housing and non-housing) and how households are coping with the situation.

According to the NY Federal Reserve’s 2017 Q4 Household Report, published on February 13, 2018, American household debt increased for the 14th consecutive quarter. They estimate that,

In order to get a perspective of rising debt levels check out the following graph, based on the NY Federal Reserve data:

However, not all debt has grown at the same rate. The previous total debt high was in Q4 2018, at $12.67 trillion. Following the Great Recession, debt levels dropped to $11.153 trillion.The following graphs illustrates the differences of debt for four levels.

Here are some major takeaways:

Although economic conditions have improved, there are still many households struggling to make their monthly payments. In order to maintain an excellent credit score it is important to keep current on all of your accounts.

There are different categories of delinquency ranging from: 30 days late, 60 days late, 90 days late, 120 days late, to severly deragotary. While there total amount of deliquent balance has greatly dropped since the 2008 Great Recession, total debt, as of Q4 2017, in a delinquent status is around 4.7%.

Late payments vary quite a bit based on the type of debt. Traditionally, households prioritize their mortgage payments. With the boom of lending to sub-prime auto borrowers, it is not so surprising that the delinquency rate for auto loans has risen. In addition, many student loan borrowers are struggling with their monthly payments.

Check out the graph to see the Percent of Balance 90+ Days Delinquent by Loan Type:

Do you live in one of the areas that housing prices have not rebounded? Is it hard to find a job?

It comes as no surprise that household debt levels and delinquency rates are not the same across all of the United States. Home prices in some of the harder hit areas have still not recovered. Homeowners in areas that are economically distressed are still having trouble making their payments. Therefore, you can see that some states like New York and Nevada have a substatially higher rates of delinquent mortgages 90+ days late.

However, overall it is clear that things have greatly improved. The high levels of mortgage debt (annual) 90+ Days late during the peak of the crisis was close to 9% in Q1 2010. Nevada recorded an astonding 21% and Nevada about 17%.

Are you planning on taking on more debt? Perhaps you are thinking of buying a home and taking out a mortgage? Or maybe considering your refinancing your home? Do you want more affordable monthly payments (stretch out your mortgage), or build up your equity (shorter term mortgage)? Or maybe, you need extra cash to do home renovations, or consolidate debt.

In order to effectively deal with debt (link to new debt guide) start by checking your budget and overall financial situation. Then research your options. If you are looking for a new loan, then shop and compare.

Looking for ways to get out of debt? Check out Bills.com Debt Navigator to find a personalized debt relief solution.