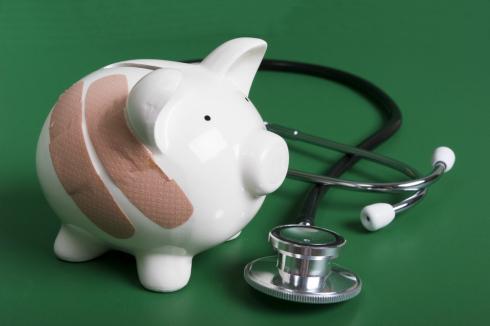 Let’s talk about bankruptcy first. A federal bankruptcy court supervises every bankruptcy. Once you file your bankruptcy application (called a petition) with the court, no one can file a lawsuit against you. Any lawsuit pending against you must pause while the bankruptcy court is in charge of your case. There are many forms of bankruptcy, but two apply to most consumers. The first, called a chapter 7, discharges all of your qualified debts several months after you file. The second, called chapter 13, puts you into a payment plan for 3 to 5 years, after which your remaining qualified debts are discharged completely.

Now let’s turn to debt settlement. Debt settlement is not court-supervised. Instead, you make monthly deposits into a special savings account while your debt settlement partner negotiates deals on accounts you enrolled in the debt settlement plan. Plans typically last 3 to 4 years, during which you pay each creditor 40 to 60 cents on the dollar to resolve your debts.

Bankruptcy is designed to give consumers and businesses a fresh start. As mentioned, consumers can file for either a chapter 7 or chapter 13 bankruptcy. You must take a means test to learn if you qualify for a chapter 7 or chapter 13 bankruptcy. If your amount of debt is very, very large, you will qualify for chapter 7. If your amount of debt is just large, then the court will direct you into a chapter 13. The court uses the means test to determine which chapter applies to you.

Consider bankruptcy when you:

Check out your debt options

Talk with an expert about your debt resolution options. Complete this brief form and a Bills.com debt resolution partner will call you to help you find a way to solve your issues with debt.

Bankruptcy is not for everyone. Avoid bankruptcy when you:

After the table, we help you decide when to choose or avoid debt settlement.

Consider debt settlement when you:

Some creditors file lawsuits against consumers who do not repay their loans. But most are reasonable and welcome a consumer making an organized effort to settle a debt. So you know what to expect, talk to your debt settlement candidates to learn if your creditors are aggressive, or more reasonable.

If you ask a carpenter, "Which is your best tool?" he or she will likely reply, "The one most appropriate for the job." Bankruptcy and debt settlement are both good tools. Which is most appropriate for you depends on your circumstances. Review all of your debt resolution options and under their their strengths and weaknesses before you choose one. By doing so, you are more likely to achieve a successful outcome.