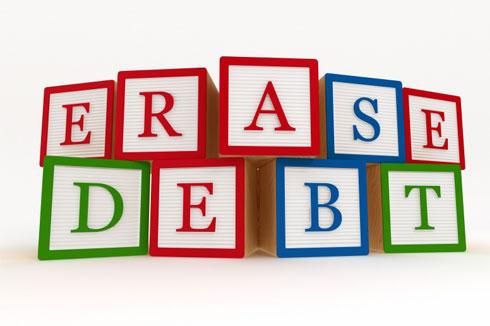 Learn the Basics of the Three Bankruptcy Chapters Available to Consumers

Below are the “consumer/individual” types of bankruptcy used by individuals and families. Technically, a corporation may file for Chapter 7 even though it is primarily intended for individuals, but the corporation does not receive a discharge. Its assets are simply liquidated or its equity purchased by a “white knight.” Likewise, a Chapter 11 is intended for business entities, but a debtor in business may find it advantageous to file business debts and personal debts together under Chapter 11 since there is no time limit for repayment like the 5-year limit under Chapter 13.

When you hear the word “bankruptcy,” you are most likely to think of a Chapter 7 bankruptcy. This type of bankruptcy is also entitled Liquidation, as it contemplates an orderly, court-supervised procedure by which a trustee takes over the assets of the debtor’s estate, reduces them to cash, and makes distributions to creditors, subject to the debtor’s right to retain certain exempt property and the rights of secured creditors. Basically, this means a court appointed trustee sells everything they can use to pay off your creditors, except what is exempt.

Sometimes, there is little or no nonexempt property in a Chapter 7 bankruptcy case, so there may not be an actual liquidation of the debtor’s assets. These cases are called no-asset bankruptcy cases.

A creditor holding an unsecured claim will get a distribution from the bankruptcy estate only if the case is an asset case and the creditor files a proof of claim with the bankruptcy court. In most Chapter 7 cases, if the debtor is an individual, he or she receives a discharge that releases him or her from personal liability for certain dischargeable debts. The debtor normally receives a discharge several months after the petition is filed. Amendments to the Bankruptcy Code enacted in to the Bankruptcy Abuse Prevention and Consumer Protection Act of 2005 require the application of a “means test” to determine whether individual consumer debtors qualify for relief under Chapter 7.

Under the new bankruptcy means test, if a debtor’s income is in excess of certain thresholds, the debtor may not be eligible for Chapter 7 relief, and instead be forced to file for a Chapter 13 bankruptcy.

Chapter 13: Payments for Distribution to Creditors

The formal title of a Chapter 13 bankruptcy, Adjustment of Debts of an Individual With Regular Income, pretty much states in a nutshell what the scheme behind Chapter 13 is all about.

Chapter 13 Bankruptcy is designed for an individual debtor who has a regular source of income, whether it be from a job or social security benefits. Chapter 13 is often preferable to Chapter 7 because it enables the debtor to keep a valuable asset, such as a house when, for example, the equity exceeds the limits under the home state’s homestead exemption. A Chapter 13 bankruptcy also allows the debtor to propose a “plan” to repay creditors over time — usually 5 years. Chapter 13 is also used by consumer debtors who do not qualify for Chapter 7 relief under the means test, which went into place in 2005 with the Bankruptcy Reform Act.

At a Chapter 13 confirmation hearing, required as the basis for the order approving the plan and ordering the creditors to accept it (the hearing is called a section 341 hearing, or simply, “the three forty-one”), the court either approves or disapproves the debtor’s repayment plan, depending on whether it meets the bankruptcy code’s requirements for confirmation. Chapter 13 is very different from Chapter 7 since the Chapter 13 debtor usually remains in possession of the property of the estate and makes payments to creditors based on the debtor’s anticipated income over the life of the plan. Unlike Chapter 7, the debtor does not receive an immediate discharge of debts. The debtor must complete the payments required under the plan before the discharge is received. The debtor is protected from lawsuits, garnishments, and other creditor actions while he plan is in effect. The discharge is also somewhat broader (i.e., more debts are eliminated) under Chapter 13 than the discharge under Chapter 7.

Chapter 11 Bankruptcy, entitled Business Reorganization, contemplates reorganization of the debtor’s (either an individual, business organization, or both) business, is ordinarily used by commercial enterprises that desire to continue operating a business and repay creditors concurrently through a court-approved plan of reorganization.

The Chapter 11 debtor usually has the exclusive right to file a plan of reorganization for the first 120 days after it files the case and must provide creditors with a disclosure statement containing information adequate to enable creditors to evaluate the plan. The court ultimately approves (confirms) or disapproves the plan of reorganization. Under the confirmed plan, the debtor can reduce its debts by repaying a portion of its obligations and discharging others. The debtor can also terminate burdensome contracts and leases, recover assets, and rescale its operations in order to return to profitability. Under Chapter 11, the debtor normally goes through a period of consolidation and emerges with a reduced debt load and a reorganized business.