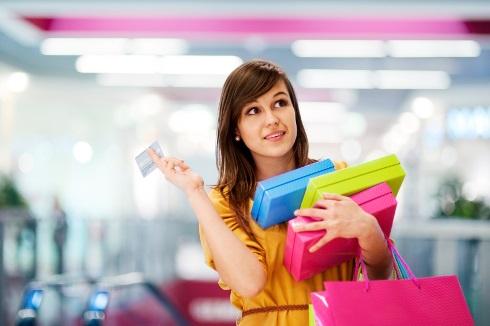 I have retail credit cards issued by Comenity Bank. What are my options if I am struggling to make my payments?

I hit a rough patch financially and am not sure what to do. I can only make all my minimum payments by eating into my dwindling savings. A bunch of m...

I hit a rough patch financially and am not sure what to do. I can only make all my minimum payments by eating into my dwindling savings. A bunch of my credit cards were issued by WFNNB, but now are handled by Comenity Bank? What options do I have if I can't make my payments as agreed?

6 Comments
Get Debt Help
Choose your debt amount
Get Started

Thank you for your question about your Comenity bank credit card debt and the best solution for your debt problems.

First a little background on Comenity. Comenity used to go by the name World Financial Network Nation Bank (WFNNB), changing its name in 2012. It manages the credit programs for over 100 large US retailers. It issues credit cards and collects payments for over 100 large US eetailers. You may not even realize that you have a working relationship with Comenity, as the brands it works with have much more familiar names. However, there are over 31 million Comenity customers!

Retail credit cards often come with very high interest rates. You may apply for one because the retailer offers you a % discount on your purchase. If you won't carry a balance on your card, that's not a problem. However, if you don't pay in full each month the cost of the high interest rate will probably be greater than any savings you get from the discount.

If you have a credit card account with the retailers listed above, ore one of the more than 100 other retailers that have their credit cards issued by Comenity, then you're really working with Comenity. If you're struggling with your bills with any Comenity retailers, it is a helpful to have a general idea how creditors treat collection accounts, as well as how Comenity deals with its customers. This way, you'll know more about the options available if you are having trouble paying your bills on time.

A basic rule to follow is to contact a creditor in advance, before you miss any payments. It may not solve your problem, but maintaining open communication is a smart choice. Call the customer service numbers and ask if they offer a financial hardship program. That may give you some temporary relief. Ask for an interest rate reduction or permission to make a smaller than normal minimum payment, so you can avoid a costly late fee or a major hike in your card's interest rate.

Retail cards, like the one's issued by Comenity, commonly come with a high interest rate. If your credit is in good standing and you have balances on your Comenity (or other high-interest cards), look into a balance transfer offer as a debt consolidation solution. Make sure you understand the fees that come with the balance transfer and how long the low introductory rate lasts.

If you're carrying balances on your credit cards and are looking for other sources to borrow money at a lower cost, look into an unsecured personal loan. You need a strong credit score and stable income to get a good rate on a unsecured consolidation loan. Otherwise, though you may find a lender willing to work with you, rates can be quite high.

Learn what kind of unsecured loan you can qualify for, by checking with a Bills.com unsecured loan partner. Remember, if you don't have good credit, make sure the rate and payment work for you before taking the loan.

If you default on any of your Comenity accounts, or with any of your other creditors, and you are unable to work out a solution with them, you will end up in collections. Not every creditor treats all their delinquent accounts. Even the same creditor may treat individual customers differently. However, there are some basic strategies and practices that Comenity and other creditors use when collecting on delinquent accounts:

If Comenity or your other creditors are not willing to work with you, your best debt relief solution may be to work with a professional debt relief organization, such as a credit counseling firm or a debt settlement firm. Before you choose the right way to solve your debt problem, it can be very important to understand how your specific creditors work with their customers. That way, you can plan the most effective strategy for getting out of debt.

Bills.com's editorial staff has done extensive research to provide you with some specific facts about Comenity and how it deals with accounts enrolled in debt relief programs.

If you enroll a Comenity account in a credit counseling's debt management program, you should expect:

Debt settlement is an option to consider, if you are experiencing a serious financial hardship. Debt settlement is an aggressive form of debt relief designed to get you out of debt in 24-48 months. For the program to succeed, you need make the monthly program payment, which is usually significantly less than the current monthly minimum payments that your creditors require.

Individuals are certainly free to try negotiating settlements directly with their creditors. The fact is that many people like the skills, nerve, and time to handle back and forth negotiations with debt collectors. For those people, hiring a reputable and experienced settlement company is a wise choice. Only hire settlement firm that charges no up-front fees to enroll. Bills.com recommends choosing a debt settlement firm that is a member of the American Fair Credit Council (AFCC) and has debt consultants that are accredited by the International Association of Professional Debt Arbitrators (IAPDA).

Comenity is not known as the most aggressive creditor. Here are some facts about how Comenity handles collections accounts, based on Bills.com research: