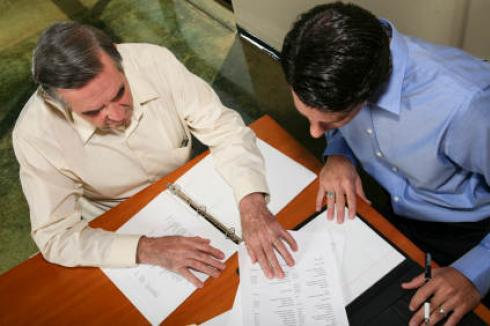 6 Comments
Get Debt Help
Choose your debt amount
Get Started
IN THIS ARTICLE:

Why You Should Not Ignore a Credit Card Lawsuit.

If you receive a summons from a court or a law firm that concerns a delinquent credit card debt, do not ignore it. (Of course, you should not ignore a notice from a court regarding any matter!) A summons notifies a defendant of the time and place for a hearing or trial.

There are several reasons to pay attention to a summons, which is called a “summons and complaint” in some states. First, the debtor will lose the case automatically if it does nothing. This is called a summary judgment. Second, for a credit card lawsuit, all it may take for a defendant to win a case is to show up for their hearing.

The newspaper Collections & Credit Risk, a publication for people working in the debt collection business, reported in its February 1, 2012 edition that JPMorgan Chase & Co. and other banks do not have the evidence to support the accuracy of their own records. The newspaper quoted Christopher Willis, an Atlanta attorney for Ballard Spahr LLP, which specializes in defending banks in consumer lending cases. "If I were a collector of consumer debt, I’d look at my entire process from start to finish for whether there’s an argument to be made that the process is not verifiable," Willis said. "I think there is substantial danger."

Here is one section of the story of particular interest to people involved in a credit card lawsuit:

No less than the Association of Credit and Collection Officials, an industry trade group, has admitted as much. "[D]ocumentation is often unattainable for a variety of reasons, the most important of which is the creditor no longer has the information or did not have it when selling an account," the association wrote in a 2011 letter to the rules committee of Maryland’s Court of Appeals. "Greater discussion is needed to identify the type of proof sufficient to seek a judgment."

Without access to the original creditor’s business records and procedures, collections agents cannot truthfully attest to the validity of the debt they’re seeking to collect. What’s more, unlike in the case of home, when the original amount borrowed is rarely in dispute, there are numerous instances in the public record of debt collectors filing suits involving bogus claims for other types of consumer debt.

"The person [filing an affidavit] doesn’t have personal knowledge of the records, even though he says he does," says Charles Debaulm, an attorney for the National Consumer Law Center who has litigated robo-signing involving mortgages and other types of consumer debt. When challenged by a competent consumer defense attorney, "the debt [collections agency] buyer will simply dismiss the suit."

Original creditors (the credit card issuers), and collection agents win lawsuits because defendants rarely show up in court. As a result, plaintiffs to win default judgments. However, defendants who put up a fight in court will often win. Collections & Credit Risk quoted Michelle Weinberg, a supervisory attorney at the Legal Assistance Foundation of Metropolitan Chicago, who has defended 100 consumer debt cases over the last 10 years and lost only one. "Debt buyers know they cannot prove [their claims] if there's someone making proper legal objections on the other side," Weinberg said.

What to Do If You Receive a Summons

See Advice on Judgment to learn more about what can happen if you lose a garnishment.