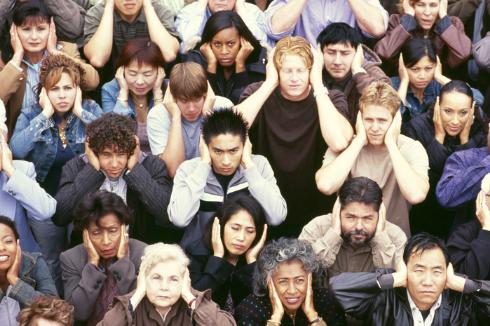 How to Handle a Debt Collector's Threats

Just because you may owe a delinquent debt does not mean it is legal for a debt collector to make threats against you. A federal law, called the Fair Debt Collection Practices Act (FDCPA), prohibits debt collectors from making the 14 specific behaviors outlined below. Chief among these is use of abusive or threatening language, and threats of arrest.

Debt collectors can find themselves in hot water for breaking the law. We discuss the penalties below. It is illegal for a debt collector to take these 14 actions:

Quick tip:
Struggling with debt? Get a no-cost, no obligation analysis of your debt options from a pre-screened debt relief provider.

Threaten Arrest or an Illegal Lawsuit

A debt collector may not threaten a consumer with arrest or criminal charges. Only a district attorney or prosecutor is permitted to file criminal charges in court. A debt collector is free to — like you and me — file a complaint with the district attorney or local prosecutor and claim a crime was committed. However, it is up to the DA or prosecutor to decide whether it has sufficient evidence to charge someone with a crime.

Debt collector may not threaten legal action that is either not permitted nor actually contemplated. A collection agent may not imply future judicial remedies are a virtual certainty (Schimmel v. Slaughter, 975 F.Supp. 1357 (M.D.Ga. 1997)).

It is a violation of the FDCPA for a collection agent to pursue a debt collection lawsuit against a consumer after the statute of limitation expired (Kimber v. Federal Financial Corp. 668 F.Supp. 1480 (1987) and Basile v. Blatt, Hasenmiller, Liebsker & Moore LLC, 632 F. Supp. 2d 842, 845 (2009)). Some collection agents still sue in hopes the consumer will not know this rule.

A debt collector may seek voluntary payment on a time-barred debt, as long as there is no threat of legal action. Just because a letter is on law firm letterhead is not enough to create FDCPA liability.

Misrepresent Him or Herself As Anything But a Debt Collector

Use the Telephone to Annoy or Harass

A debt collector may not cause a telephone to ring or engage any person in telephone conversation repeatedly or continuously with the intent to annoy, abuse, or harass anyone at the number called.

Use Abusive or Threatening Language

A debt collector may not use abusive or profane language communicating about the debt.

Publishing the consumer's name or address on a "bad debt" list is prohibited.

A debt collector may not communicate with consumers at their place of employment after being told the employer prohibits it.

Because most collection agents cannot produce a copy of the original contract the consumer signed, courts usually do not allow debt collectors to add fees to their collection accounts. In other words, just because a debt collector adds mystery fees to an account doesn't mean you must pay them.

A debt collector may not contact a consumer after it learns the consumer is represented by a lawyer.

Communicate With a Consumer After Receiving a Debt Validation Request

If the debt collector is reporting the debt in question to the consumer credit reporting agencies, it must amend the information to indicate the debt is disputed (Brady v. Credit Recovery Company, Inc., 160 F.3d 64 (1st Cir. 1998)).

A debt collector may not reveal or discuss the nature of a consumer's debts with third parties other than the consumer’s spouse or attorney. A collection agent may contact neighbors or co-workers one time to obtain the consumer's location or contact information only. It may contact a third party again if it has reason to believe the information the party provided previously was false.

The FDCPA regulates the behavior of collection agents. In some states, the FDCPA also regulates how original creditors may act. Learn your state's laws because you may have other protections beyond those offered by the FDCPA.

A debt collector must cease communications in any manner after receiving written notice from you that you want no further communication, or that you refuse to pay the alleged debt. There are two exceptions to this rule. First, the collection agent may notify the consumer of a pending lawsuit or similar remedies, which is required by state and federal civil procedure rules. Second, the collection agent may notify the consumer it is ceasing collecting the debt.

What If A Debt Collector Threatens You?

As you can see from the rules summarized above, it is illegal for a debt collector to threaten or harrass you. But what can you do if one doesn't play by the rules? Take these four steps:

File complaints when you have a legitimate beef against the debt collector for violating of one of the 14 rules spelled out above. When you file a complaint, be precise. See the table below for examples of good and bad complaints.

Bills Action Plan
Take these action when a debt collector threatens you:
Get Debt Help
Choose your debt amount
Get Started