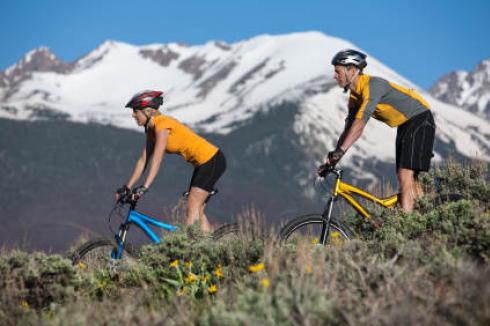 Can My Spouse's Credit Card Issuer Place a Lien on Property We Own Jointly?

We have approximately $60,000 in credit card debt all in my spouse's name. Some accounts were opened in New Mexico where we were married. We now ...

We have approximately $60,000 in credit card debt all in my spouse's name. Some accounts were opened in New Mexico where we were married. We now live in Colorado. I have some assets in my name only. We have a financed truck & home in both our names. Home has approximately $40K of equity. Can the credit card issuer pursue assets in my name only? Can they put a lien on the truck or home? If we remove my spouse's name from the home/truck, is it safe from the lien? My spouse has no job/other assets. If there is a lien, do we owe it forever or does it fall off after SOL passes?

Here are the answers to your questions about a credit card issuer filing a lawsuit against you or your spouse, and it placing a lien on your property:

Can the Credit Card Issuer Pursue Assets In My Spouse’s Name Only?

You mentioned Colorado. When it comes to family law, Colorado is a common law state and not a community property state. In common law states, each spouse’s assets and liabilities are considered separate. A creditor may collect a delinquent debt from the spouse who signed the contract, and not the non-signing spouse. If the debt is for a joint account, then the creditor may attempt to collect the debt from either or both parties.

You mentioned the account is in your spouse's name only. If the creditor were to file a lawsuit for breach of contract against your spouse, it would likely do so in your state’s state court. The court would allow the creditor to act against the cardholder but not his or her spouse if the spouse was not a joint account holder.

You mentioned the credit card agreement was signed in New Mexico, which is a community property state. In community property states, the presumption is both spouses have liability for each others debts, although there are exceptions to this rule. By contrast, in common law states, Spouse A’s debts are not Spouse B’s liabilities.

If the credit card issuer assigns the debt to a collection agent, then under the Fair Debt Collection Practices Act, collection agents may file a lawsuit in your spouse’s state court only.

Quick Tip
Debt causing you distress? Bills.com can match you with a pre-screened debt resolution provider.

Can They Put a Lien On Our Truck or Home?

For real property, the short answer is "yes." This answer is true in most states, including Colorado. The creditor needs to take several steps before it has the legal right to place a lien on the debtor’s property. Assuming a credit card issuer or its collection agent files a lawsuit against your spouse and he or she does not mount an effective defense, and the court awards the issuer or collection agent a judgment, then the judgment-creditor may file a wage garnishment, account levy, or lien on the judgment-debtor or his/her property.

I am unable to find any Colorado statutes allowing a judgment-creditor to place a lien on a vehicle . A lay Web site with some authority claims judgment liens are not allowed on vehicles owned by Colorado residents. Consult with a Colorado lawyer to learn a precise answer to this question.

If We Remove His Name From the Home or Truck, is it Safe From the Lien?

Probably, if the credit card company or the collection agent does not challenge the transaction. If you transfer the titles well in advance of a trial, it is unlikely the plaintiff would claim the transfer was designed as a scheme to deprive it of a remedy.

If There is a Lien, Do We Owe it Forever Or Does it Fall Off After SOL Passes?

Each state has its own lien laws. In general for real property such as a house or commercial property, a lien will remain in the chain of title until the court notifies the county recorder of a satisfaction of the judgment, or the court orders the lien removed. I am not aware of any state that has liens with expiration dates. However, I am not an expert on Colorado law. Consult with a Colorado lawyer about this question to learn a precise answer.

Consider debt settlement or bankruptcy to resolve the debt. Access the Bills.com Debt Coach tool for a no-cost, no-nonsense analysis of your situation and the cost of each resolution option available to you.