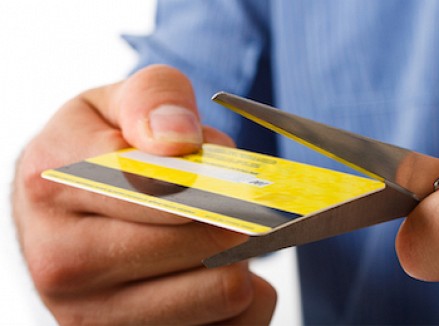 1 Comments
Get Debt Help
Choose your debt amount
Get Started
IN THIS ARTICLE:

Debt settlement is one way to get out of debt. You can work to settle your debts on your own or you can hire a professional debt settlement firm to assist you. The goal of debt settlement is to resolve accounts that you are having troubling paying and pay back less than what you owe. Debt settlement is an aggressive debt relief strategy that requires preparation and skill, in order to achieve the best results.

The history of professional debt settlement firms goes back to the early 2000s. Before that, some lawyers would work to negotiate reduced balance payoffs for clients, but there weren't independent firms devoted solely to settling clients’ debts.

The most positive change for consumers was brought about through the intervention of the government. The Federal Trade Commission issued a rule that went into effect in October of 2010 that made it illegal for professional debt settlement firms to collect fees from clients for any work, before settling a client’s debt.

Before the FTC rule, debt settlement firms would collect fees in each monthly payment for the work that they were doing, starting with the first payment that a client made.

This had two main negative effects.

The debt settlement scammers tarnished the entire industry. With no regulations being enforced, companies were springing up whose only goal was to enroll clients, collect fees  and and rip-off as many vulnerable consumers as possible, sometimes without doing any work at all to help their clients.

Would You Benefit from Talking About Your Debt Problems?

Call call 800-610-4560 to receive a free, no-obligation consultation from a certified debt consultant.

This was terrible for consumers, but also was very bad for the legitimate, reputable debt settlement firms that were working hard to benefit their clients. Not only were the sleazy firms tainting the debt settlement industry’s reputation, but the scammers could promise or assure clients of rosy results,, making their fake offer more attractive than the offer a legitimate company would make.

For example, if a client had $30,000 in debt to enroll in a settlement program, a scam debt settlement company would say something like, “We can settle your debt for 40% of what you owe, plus our fee of 15%. That means your $30,000 can be reduced to $16,500! If we spread that out over 36 monthly payments then you can settle your debt while making a monthly payment of $458 per month. That is even less than what your minimum monthly required payment would be on the $30,000 when you pay your creditors directly.”

Contrast that with what a reputable debt settlement firm would say. The honest debt settlement company would quote a higher settlement percentage, using the settlements they had successfully negotiated with creditors as a benchmark for estimating future results. Honest firms had direct experience that some creditors settle at higher percentages than others.

A reputable firm would also take into account how clients were using their credit cards, not accepting accounts that had a recent balance transfer, large luxury purchase or cash advance, or would estimate that those accounts would settle at a higher percentage of the debt. If the reputable firm estimated that the total costs and fees would be 70% of the debt enrolled, the monthly program payment for the same $30,000 debt would be $558, $100 more than the payment in the scam program. The honest presentation that built in higher costs and required a higher monthly payment would be less appealing.

Lastly, the honest firm would give a presentation that made potential clients aware of the pros and cons of debt settlement, whereas the dishonest firm would either give false or evasive answers. The scam companies that did not intend to do any work for the people they signed up, just take their money and run, had no interest in covering the downsides, such as the fact that when a person stops making monthly payment directly to creditors, the creditors can pursue collections, including suing a person.

As the FTC rule took effect in October, 2010, there was a lot of uncertainty about the viability of offering professional debt settlement assistance. What ended up happening is that when the scam companies began to be sued by the FTC, it drove them out of the market. Only companies that would adhere to the "no advance fee" rule would be safe to operate. This reduced the numbers of companies drastically, as a firm had to have a serious commitment and deep pockets to cover all the expenses that come with working for a client when the first payoff the company received would be down the road,

Some firms, such as our sister company Freedom Debt Relief, worked with the FTC to

Consumers’ risks were reduced as they no longer would pay a fee for settling any account on which a settlement wasn’t delivered. The firms that were able to survive the change in business model required by not accepting any advance fees were the strongest and best run.

The American Fair Credit Council, a strong debt settlement industry trade group was set up after the FTC ruling, to enforce strict standards on its members that ensure compliance with the FTC rules. Consumers should look for AFCC membership for any debt settlement group.