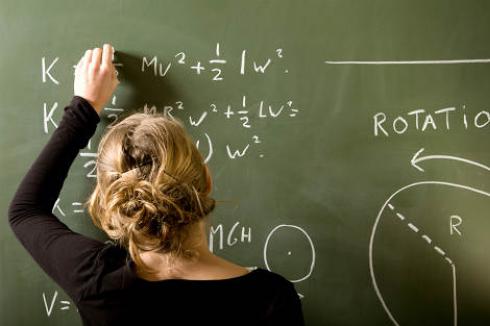 0 Comments
IN THIS ARTICLE:

Editor's note
The Mortgage Forgiveness Debt Relief Act was extended through Jan. 1, 2014 as part of H.R. 8, the legislation Congress sent to the President on Jan. 2 2013 to avoid the "fiscal cliff." H.R. 8 also includes a deduction for Mortgage Insurance Premiums for taxpayers making less than $110,000 for the year 2013, and was made retroactive to cover 2012.

The Mortgage Forgiveness Debt Relief Act is scheduled to expire as we ring-in the New Year to 2013. The end of this law may have tremendous tax consequences for homeowners who have lenders forgive the deficiency balances for short sales, foreclosures, and deeds in lieu of foreclosure. However, a similar rule called insolvency exclusion may prevent former homeowners from getting socked with a large tax bill following a debt forgiveness.

Why did Congress write and then-President Bush sign the Mortgage Forgiveness Debt Relief Act? Under today’s tax law, the IRS must treat any forgiveness of a debt from a financial institution as "income." Financial institutions that forgive a $600 or greater debt must issue a 1099C and disclose this to the IRS and the borrower. The Mortgage Forgiveness Debt Relief Act gave homeowners who suffered the effects of a short sale or foreclosure two means to exclude the potential tax liability of the cancelled debt.

Now that the Mortgage Forgiveness Debt Relief Act is about to expire, will homeowners who experience a forgiven debt on a short sale, foreclosure, or deed-in-lieu-of-foreclosure be stuck with large tax bills? Not necessarily, for two reasons:

Let’s look at the insolvency exclusion to the "debt + forgiven = taxable income" rule. You will see in a moment why we used a math equation metaphor to explain the rule.

Quick Tip
If you struggle with debt, get a no-cost consultation with a Bills.com pre-screened debt provider.

See Publication 4681’s Insolvency Workseet to see a more complete list of assets and liabilities the IRS allows in these calculations.

To illustrate this concept, the IRS offers two hypothetical examples in chapter 1 of its Publication 4681. "Greg" is forgiven on $5,000 of debt, and receives a Form 1099-C from his lender showing canceled debt of $5,000 in box 2. Greg’s total liabilities immediately before the cancellation were $15,000, and the FMV of his assets were $7,000. This means that in the moment before the forgiveness, Greg was insolvent by $8,000.

In the IRS’s second hypothetical example, Greg’s total liabilities in the moment before the cancellation were $10,000. The FMV of Greg’s assets were $7,000. Here, Greg is insolvent to the extent of $3,000. “Because the amount of the canceled debt was more than the amount by which Greg was insolvent, Greg can exclude only $3,000 of the $5,000 canceled debt from income under the insolvency exclusion. Greg checks the box on line 1b of Form 982 and includes $3,000 on line 2. Also, Greg completes Part II to reduce his tax attributes as explained under Reduction of Tax Attributes, later. Additionally, Greg must include $2,000 of canceled debt on line 21 of his Form 1040 (unless another exclusion applies),” according to the IRS.

More on Cancellation of Debt Income

The Internal Revenue Service Publication 4681 contains information on the tax consequences of canceled debt. It also contains instructions on how to complete Form 982 (PDF).

If you receive a 1099C, keep it with your other tax documents. Give the 1099C to your tax preparer plus information regarding your total liabilities and the fair-market value of your assets as they were immediately before the cancellation. Note that Publication 4681 covers the current tax year, where the Mortgage Forgiveness Debt Relief Act still applies. If Congress and the President extend the Mortgage Forgiveness Debt Relief Act, you will have the option to use either the Qualified Principal Residence Indebtedness exemption, or the insolvency exclusion discussed above.

If, however, the Qualified Principal Residence Indebtedness exemption is not extended beyond the end of 2012, homeowners will have only the insolvency exclusion available to reduce or eliminate their forgiven tax liability.