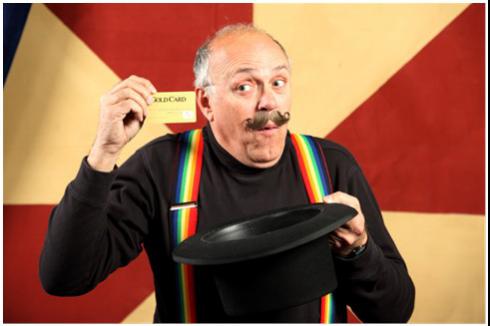 4 Comments
Get Debt Help
Choose your debt amount
Get Started
IN THIS ARTICLE:

Be careful. There are companies who mislead and prey on your vulnerabilities, promising quick debt relief solutions, or programs that do not exist. Just like the magician who pulls a rabbit or credit card from his hat, unreliable debt relief companies pull out programs that do not exist. One such example is "The Obama Credit Card Debt Relief Program". Unscrupulous companies advertise as if there is a government debt relief program that will erase your debts without any adverse consequences. What these companies really want to do is sell you a debt relief or bankruptcy program. They don’t care if they mislead you to get in the door, and you can expect that these same companies will have no problem emptying your pockets once inside.

The Credit Card Accountability Responsibility and Disclosure Act of 2009 or the Obama Credit Card Act of 2009 were implemented in two stages, August 2009 and February 2010. The purpose of the act was to increase transparency in the way the credit card companies do their business, including clearer statements to consumers, and more advanced warning about rate changes. The Credit Card Act of 2009 aimed to create a fairer relationship including no more unfair rate increases (retroactive rate increases, a first-year protection), no more unfair fees (ban fee traps, no double-cycle billing, restrict fees on subprime cards) and using clear, understandable language in their disclosures. For more information read the Bills.com article about the Credit Card Accountability Responsibility and Disclosure Act of 2009.

Since many people with debt problems have credit cards, marketing schemes were created around the Obama Credit Card Act. It was an easy step to take out the word Act and make it the "Obama Credit Card Debt Relief Program" and "voila", like the magician, a new program was created out of thin area. It didn’t exist before, and it doesn’t exist now.

Just because there are scams or fraudulent businesses does not mean that debt settlement is not a real solution. It does mean that you need to do your homework and be able to weed out the good offers from the bad offers. Anyone who promises to get out of debt without any consequences is selling you empty promises. The FTC (Federal Trade Commission) a government organization offers some basic advice on choosing a debt settlement company. Among the FTC recommendations are these points:

I recommend that you look for a reputable debt settlement company. One good place to start is the debt settlement industry’s leading trade group, the AFCC (American Fair Credit Council). The AFCC has a two-tier membership system that includes regular members and accredited members. Accredited members are independently audited and follow a stricter set of rules. The AFCC, for example, requires that all its members follow the FTC ruling of no upfront fees, even if they can legally justify getting around the rule. In addition, all AFCC must follow a strict code of conduct.

The Obama Administration has been active in the consumer finance market. Whereas it has not created the Obama Credit Card Debt Relief Program, there are government relief programs available for the troubled mortgage market, including the Making Home Affordable Program with the HARP and HAMP programs. In addition, the Obama administration created the CFPB (Consumer Financial Protection Bureau) to help you the consumer receive clearer information and have an address to a send your complaints.

There are real debt relief programs, including debt settlement companies that have real products. Your debt problems are not a lighthearted matter and require real efforts to solve them. You can deal with small or large credit card debts. The correct tools or program will depend on your financial situation. It is possible to get rid of your debt, but it will take more than a magic wand to get the job done.

Being an informed consumer is an important first step in finding your way out of debt. Debt settlement programs are just one possible debt relief solution, and I recommend that you read about the various options in the Bills.com article about debt relief. In addition, Bills.com has developed the Debt Navigator to help you analyze your situation and see which debt relief option is best for you, including maximizing payment schedules, loan consolidations, credit counseling, debt settlement, and bankruptcy.