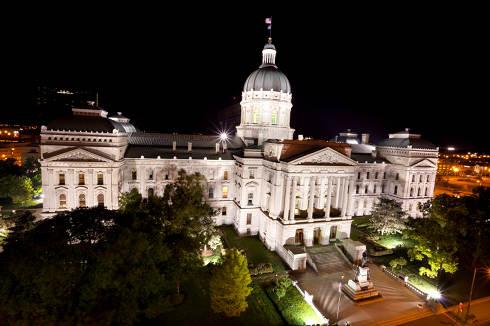 1 Comments
Get Debt Help
Choose your debt amount
Get Started
IN THIS ARTICLE:

A lender, collection agent or law firm that owns a collection account is a creditor. The law gives creditors several means of collecting delinquent debt. But before a creditor can start, the creditor must go to court to receive a judgment. See the Bills.com article Served Summons and Complaint to learn more about this process.

The most common remedy judgment-creditors use to enforce judgments is wage garnishment. Here, the judgment-creditor contacts the debtor’s employer and require the employer to deduct a certain portion of the debtor’s wages each pay period and send the money to the creditor. However, several states — Texas, Pennsylvania, North Carolina, and South Carolina — do not allow wage garnishment for the enforcement of most judgments. In several other states, such as New Hampshire, wage garnishment is not the “preferred” method of judgment enforcement because, although possible, it is a tedious and time consuming process for creditors.

In most states, creditors are allowed to garnish between 10% and 25% of your wages, with the percentage allowed being determined by each state.

If you reside in another state, see the Bills.com Wage Garnishment article to learn more.

A levy means that the creditor has the right to take whatever money is in a debtor’s account and apply the funds to the balance of the judgment. Again, the procedure for levying bank accounts, as well as what amount, if any, a debtor can claim as exempt from the levy, is governed by state law. Many states exempt certain amounts and certain types of funds from bank levies, so a debtor should review his or her state’s laws to find if a bank account can be levied.

Quick Tip
Consult with the Bills.com Debt Coach to learn your options for resolving debt, and the costs and time to debt freedom for each.

Not all funds in your bank/credit union are open to levy/garnishment. Indiana’s bankruptcy exemptions found at IC 34-55-10-2 also apply to account levy. Note that these exemption amounts change relatively frequently, and the notices of exemption changes are found at the Indiana Dept. of Financial Institutions Web site.

Under Indiana law, the following may not be garnished, or a certain amount is exempt from garnishment:

As stated above, these amounts vary over time. If you reside in another state, see the Bills.com Account Levy resource to learn more about the general rules for this remedy.

When the statute of limitations clock starts is somewhat unsettled in Indiana. Under IC 34-11-3-1, the clock starts from the “date of the last item proved in the account on either side.” Case law interprets this as the date of the last purchase. (McMahan v. Snap on Tool Corp., 478 N.E.2d 116.) However, the McMahan court left it unclear if this rule applies to credit cards or non-credit card open accounts only.

Indiana mortgage and foreclosure laws can be found in IC 32-29 and IC 32-30. A lender must foreclose judicially in Indiana, and give 30-days notice before doing so. A lender can collect a deficiency if doing so is written into the loan contract.

Indiana is not a community property state, so the general rule is one spouse not liable for the other spouse's separate debt, with the exception of medical debt.

Consult with a Indiana lawyer who is experienced in civil litigation to get precise answers to your questions about liens, levies, garnishment, and foreclosure.