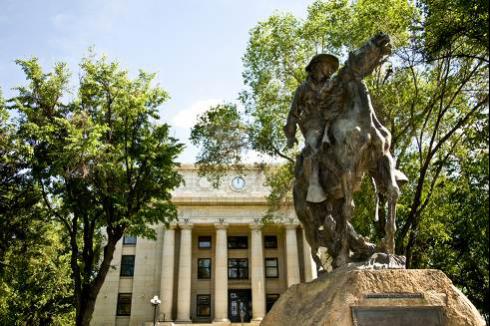 16 Comments
IN THIS ARTICLE:

How to Handle a Tax, Judgment or Mechanics Lien

A lien is a claim on real property (such as a house) or personal property (such as a car, furniture, or a store’s merchandise) to ensure payment of a debt. For example, if you borrow money to buy a car, the lender will file a lien with the state DMV that is noted on the vehicle’s title. If you default on the loan, the lien gives the lender the right to take the car. In loan situations, the borrower allows the lender to place a lien on the title voluntarily as a condition for receiving the loan.

A lien can also be put on the title to a house or personal property involuntarily. An involuntary lien can result from a court order called a judgment. An involuntary lien can also occur administratively by a government agency for the failure to pay personal, business, or property taxes. Liens are recorded with the county register of deeds (in the case of real property) or the Secretary of State (for business debt) as security that a debt will be paid from proceeds when a owner sells the property.

Liens are allowed in all states. However, the details for how judgment and mechanics liens are implemented vary in each state. Generally, a creditor files a lawsuit with a state court, at which time the creditor is required to give the consumer notice of the lawsuit. The notice is called a summons & complaint. If the consumer fails to respond to the summons and complaint to defend him or herself in court, or if the defense is not persuasive, the court will rule in favor of the creditor and award a judgment. The judgment allows the judgment-creditor to obtain a lien on the judgment-debtor’s property, place a levy on his or her financial accounts, get a writ a replevin for his or her personal property, and in many state obtain a wage garnishment. (More on these other remedies at the end of this article.)

Administrative liens follow a similar procedure, but do not involve state courts. Instead, the procedure is in-house to the agency (typically the IRS), which conducts its own hearings. If you fail to respond to the agency’s notices of an intent to file a lien, you will lose by default.

A lien is a notice to anyone who wants to buy property a judgment-creditor has a claim against the property. Typically, the buyer will want the lien paid before he or she buys the property. However, it is possible for a buyer to take title to real property that is subject to a lien.

The title to real property is akin to a file folder. Real property titles contain a history of ownership and claims on a property since the beginning of the county's existence. When a lien is filed on the title, it remains in place until the county recorder receives a notice the lien is paid or a court orders the lien extinguished.

More than one lien can be filed on a property. Liens are stacked in date priority with the oldest liens being paid first. The exception to this rule are federal tax liens, which take priority over older liens (Uniform Federal Lien Registration Act). In some jurisdictions, a judgment-creditor lienholder has a right to foreclose. This is rare.

Failing to pay a loan secured by a vehicle will result in a repossession.

When the debt is repaid, the lender releases the lien by filing a document called a lien release. The lien is then removed from the records and the state DMV issues a clear title, showing the owner’s free and clear title to the vehicle.

A federal tax lien is the government’s legal claim against property, including real estate, personal property and financial assets, when a person fails to pay a tax debt. A federal tax lien exists after the IRS or local tax authority sends the property owner a notice and payment demand and the owner either neglects to or refuses to pay the debt by the deadline. Read the Bills.com resource IRS Debt and Tax Lien to learn about the five options to resolve tax debt and avoid a tax lien.

Federal liens have a limited life:

Statutes in most states give mechanics and tradesmen or persons who furnish materials for the construction of houses or other buildings the right to a lien or preference in the payment of debts out of the houses and buildings.

The lien generally attaches from the start of work or the furnishing of materials and continues for a limited period of time. In some states, a claim must be filed within a limited time. In some states no lien is created unless the work done or the goods furnished amount to a certain specified sum, while in others there is no limit to the amount. In general, only the original contractors can make a claim, but sometimes sub-contractors can too.

In some states, people who repair automobiles and other vehicles have the right to place a mechanics lien on a vehicle if the vehicle’s owner does not pay for the repairs.

When a judgment-creditor or government agency files a lien on your property, it does not mean you must sell the property, or that the judgment-creditor or government agency owns or even wants to own your property. As mentioned above, what it does mean is when you sell or refinance the property, the lienholder will collect on the lien that was placed on your house or land. This means that money from the sale goes to the lienholder.

The details for the procedures to create and remove a lien vary by state. Your best source of information is a lawyer in your state of residence who has consumer law experience.

If you are a judgment-creditor and wish to file a lien, the same advice applies. Judges typically follow state civil procedure rules for remedies to the letter to preserve the rights of judgment-debtors. A judgment-creditor’s error in filing a lien may result in the judgment-creditor scuttling all of their work and expense in obtaining the lien. Consult with a lawyer before you file the documents needed to obtain a lien.

How to Handle a Lien

Your best course of action to handle a lien is to avoid one in the first place. If you receive a notice of a pending lien from either a judgment-creditor or a government agency, open a negotiation immediately to try to resolve the debt before it becomes a lien.

Remedies: A Lien May Not Be Your Only Worry

Liens, wage garnishments, account levies, and writs of replevin are what the law calls remedies for legal and administrative judgments. Judgment creditors can, depending on your state’s laws, use all of these remedies to collect a debt.

Wage garnishments are a court or administrative order to a consumer’s employer to withhold part of the consumer’s wages in payment of a debt.

Levies are a court order or an administrative action used to withdraw funds from a consumer’s financial institution account. Levies are generally used when a consumer has failed to resolve a debt through voluntary payment. In some states, an account levy is called an account freeze or account garnishment. The terms may be different, but the result is the same.