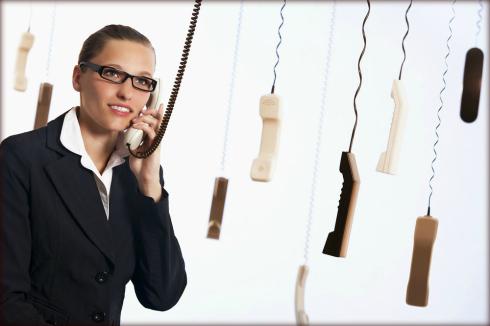 How to Handle Collection Calls From Midland Credit Management

Take these steps when Midland Credit Management collection agency contacts you to collect a debt:

1. Learn the Statute of Limitations

You are in luck if the clock ran out. Under the federal Fair Debt Collection Practices Act (FDCPA), a collection agency like Midland Credit Management may not file a lawsuit against the consumer to collect an expired debt. A collection agency can ask you to pay the debt, but it may not threaten you or launch any court case against you. If the clock ran out, send Midland Credit Management a written cease communications notice immediately to put a stop to the company's telephone calls.

Validate a debt when Midland Credit Management contacts you to collect a debt. You have 30 days to validate the debt, so act quickly. Follow the steps we describe in the Bills.com debt validation article to preserve your rights under the the FDCPA. Validate a debt regardless of your personal belief of you owing a debt.

Is it worth your time to validate a debt? Yes! Collection agents cannot validate 41% of the accounts less than 3 years old. Collection agents cannot validate 64% of the accounts 6 years of age or older. Overall, the debt industry can validate about half of all accounts (The Structure and Practices of the Debt Buying Industry (PDF)). The least likely accounts to be validat­ed are med­ical, tele­com­munica­tions, and utility debts.

If it can validate the debt and the statute of limitations has not expired, then move to the next step.

Midland Credit Management pays its debt collectors on a commission. Collectors earn extra incentives to make deals at the end of the week, end of the month, or end of the quarter. Use this fact to your advantage if you want to negotiate a settlement to the debt.

Midland Credit Management has a well-deserved reputation for filing lawsuits against consumers it believes have the money to pay-off a debt but have shown no willingness to do so. Therefore, if you have no assets and a limited income, it pays to open a negotiation with Midland Credit Management to explain your financial situation. If you can show you have little to pay MCM, it is likely you will not be on the receiving end of a lawsuit.

Recently, MCM found itself in hot water for overly aggressive collections tactics that did not follow state collection laws. Check with your state attorney general to learn if there is an agreement between MCM and the state regarding collections in your state. For example, in Minnesota, MCM agreed to vacate judgments it had won against consumers between 2005 and 2011 because MCM failed to follow Minnesota's collections laws. If you reside in California, Florida, Maryland, Nevada, New Hampshire, Pennsylvania, or Washington, you may affected by a class action settlement consumers filed against MCM (Pepper v. Midland Credit Management Settlement).

If you lose, Midland Credit Management will be awarded a judgment, which will allow it to garnish your wages, levy or freeze your bank account, place a lien on any property you own, or allow the sheriff to seize your personal property. Ignoring a summons will not make it go away, so take action to respond to the lawsuit.