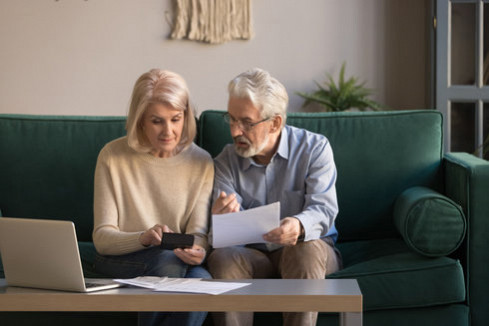 111 Comments
Get Debt Help
Choose your debt amount
Get Started
IN THIS ARTICLE:

Learn the Collections Laws & Statutes of Limitations in Nevada

If you owe debt and reside in Nevada, it’s important to understand your rights and liabilities. It is even more important if a creditor threatens to file a lawsuit against you.

A lender, collection agent or law firm that owns a collection account is a creditor. Nevada law gives creditors several means of collecting delinquent debt. These methods include wage garnishment, account levy, and, in some cases, seizing personal property.

Before a creditor may use these legal tools in Nevada, the creditor must go to court to receive a judgment against you. See the Bills.com article Served Summons and Complaint to learn more about this process, and how to fight a lawsuit.

Receiving collection calls is unpleasant, whether from the original creditor or from collection agency. Call 800-998-7497 to speak with a Money Coach and discuss what to say and not to say in a phone call with a debt collector, and also what kind of financial plan you need to avoid this happening again.

How Big a Bite Can a Creditor Take from Your Paycheck?
In most states, creditors may garnish between 10% and 25% of your wages, with the percentage allowed determined by state law. Garnishment of Social Security benefits or pensions for consumer debt is not allowed under federal law, but may be allowed for child support. See the Bills.com Wage Garnishment article to learn more.

In Nevada, wage garnishment is allowed under NRS 31.240, a writ of garnishment may issue at time of issuance of writ of attachment or later. If the judgment-creditor is aware of the debtor’s place of employment, it may seek wage garnishment.

Under federal law, the garnishment applies to 25% of the debtor’s net take home pay, (i.e., gross pay less statutorily mandated deductions). Garnishment can occur only after the person being garnished has received a 10-day’s notice. Additional exceptions to the limitations on wage garnishment in Nevada may be found under NRS 31.295.

In Nevada, levy is allowed under Chapter 31 - Attachment, garnishment and other extraordinary remedies NRS 31. The collection of monies by attaching or levying bank accounts is described under NRS 104A.4101 Funds transfers.

Under Nevada statute, liens against a debtor are allowed. For more information on the types of liens allowable under Nevada law, please refer to Chapter 108 - Statutory Liens.

The statute of limitation clock starts when the contract is breached. Typically, this means 30 days after the date of the last full payment.

Harassed or Abused by a Debt Collector? Take Action/
Collection agents violate the FDCPA if they file a debt collection lawsuit against a consumer after the statute of limitation expired (Kimber v. Federal Financial Corp. 668 F.Supp. 1480 (1987) and Basile v. Blatt, Hasenmiller, Liebsker & Moore LLC, 632 F. Supp. 2d 842, 845 (2009)). Unscrupulous collection agents sue in hopes the consumer will not know this rule.

Nevada recognizes the doctrine of necessaries (NRS 123.090), which requires spouses to support each other with their separate property if no community property assets are available. The burden is higher on husbands than it is on wives (NRS 123.100). What is considered a "necessity" is defined narrowly by Nevada courts.

Nevada offers simple and effective foreclosure mediation for distressed homeowners who face foreclosure. See the State of Nevada Foreclosure Mediation Program (FMP) pages at the Supreme Court of Nevada’s Web site for details. If you receive a Notice of Default (NOD), consult with a Nevada lawyer who has experience with FMP. Eligible homeowners have 30 days after receiving a NOD to request mediation. At minimum, working within the FMP puts a hold on foreclosure during the mediation process. Homeowners in the FMP are advised to continue to pay their property taxes and insurance.

Consult with an lawyer licensed in Nevada and experienced in civil litigation to get precise answers to your questions about liens, levies, garnishment, and foreclosure in Nevada. If you cannot afford a lawyer in Nevada, contact Nevada Legal Services or another Nevada pro bono program to find low- and no-cost legal advice.