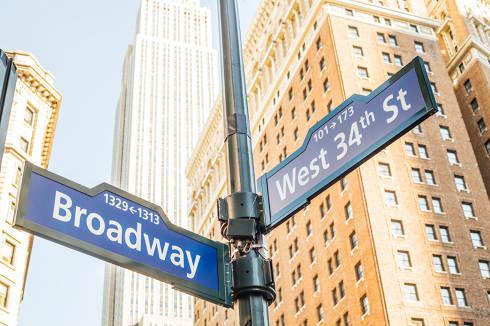 4 Comments
Get Debt Help
Choose your debt amount
Get Started
IN THIS ARTICLE:

If you owe debt and reside in New York, it’s important to understand your rights and liabilities. It is even more important if a creditor threatens to file a lawsuit against you.

A lender, collection agent or law firm that owns a collection account is a creditor. New York law gives creditors several means of collecting delinquent debt from you.

In most states, creditors may garnish between 10% and 25% of your wages, with the percentage allowed determined by state law. Garnishment of Social Security benefits or pensions for consumer debt is not allowed under federal law, but may be allowed for child support. See the Bills.com Wage Garnishment article to learn more.

New York’s wage garnishment rules are found in Article 52 5231. New York exempts 90% of earnings, except the first $154.50 per week, which is wholly exempt. In other words, 10% of a judgment-debtor’s wages may be garnished (CVP § 5231). Municipal and state employees may be garnished.

A levy means the creditor has the right to take whatever money is found in your bank or credit union account and apply the funds to the balance of the judgment. Again, the procedure for levying bank accounts, as well as what amount, if any, a debtor can claim as exempt from the levy, is governed by state law. In some states levy is called attachment or account garnishment. The names may vary but the concept is the same.

New York allows a lien for a money judgment. Under CVP § 5201 through 5203 a judgment lien in New York will remain attached to the debtor’s property for 10 years, even if the property changes hands.

A judgment-creditor lienholder on a residence may not foreclose generally.

As of July 1, 2015, New York courts requires creditors who are filing a lawsuit against a consumer to:

According to New York's courts the new rules will reduce cases where abusive and aggressive collectors seek default judgments against consumers in court based on incomplete or erroneous documents, which result in default judgments.

New York lenders use judicial and nonjudicial means to foreclose on homeowners who do not repay their home loans as agreed. Judicial foreclosures are more common in New York, and take up to 15 months to complete, which is among the longest in the nation.

A lender is not required to send a New York homeowner a notice of its plans to start a foreclosure, which is in contrast to most other states. The lender is required to give a homeowner notice of the foreclosure once it is filed with the court, which is like any other legal action. The homeowner is required to appear in court to respond, or risk a summary judgment if he or she does not. Once filed, the time to a court ruling on a foreclosure is 7 to 9 months. If the court decides in favor of the lender, the lender must notify the homeowner of the sale, which is usually an auction at the county courthouse. The sale usually occurs 4 months after the court rules on the foreclosure. See New York Real Property Actions and Proceedings Article 13 to learn more.

Payday loans are illegal in New York. In New York, a debt collector cannot collect or attempt to collect on a payday loan. In February 2013, the governor of New York directed the New York State Department of Financial Services to inform debt collectors that any attempt to collect payday loans in New York is illegal. “Studies clearly show that payday loans are not a solution for people with low incomes, but rather a high cost debt trap. That’s why they are illegal in New York, and the State will continue to protect consumers from these misleading loans,” Governor Andrew Cuomo said in a press release.

File a complaint with the Dept. of Financial Services if a you are a New York resident and a collection agent attempts to collect a payday loan from you.

Upon default, a New York lender may repossess secured goods without going to court. The lender may, without removing the goods, render such goods unusable (using a wheel boot, for example). The lender does not have to give any notice before taking the goods. After repossessing a vehicle, the lender or repo agent must notify the borrower and DMV by first-class mail or in person within 24 hours. There are special New York rules for auctioning vehicles (Vehicle and Traffic (VAT) Article 17 §425).

Consult with a New York attorney experienced in civil litigation to get precise answers to your questions about liens, levies, and garnishment in New York. If you have low or no income, contact the New York Legal Aid Society. Contact the state’s Division of Consumer Protection or New York City’s Department of Consumer Affairs to learn more about your rights or file a complaint about a lender or collection agent who violates your rights.