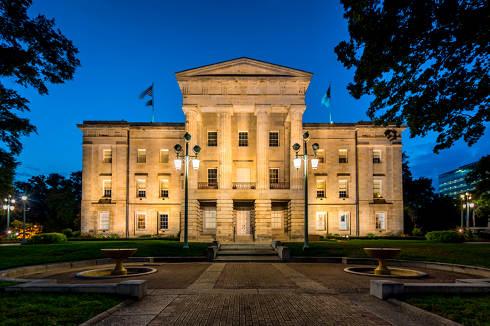 194 Comments
Get Debt Help
Choose your debt amount
Get Started
IN THIS ARTICLE:

A collection agent or law firm that owns a collection account is a creditor. A creditor has several legal means of collecting a debt, if you are unable to pay the debt voluntarily. Before the creditor can start trying to force you to pay a debt, the creditor must go to court to receive a judgment. See the Bills.com resource Served Summons and Complaint to learn more about this process.

If you do not have a persuasive defense, admit to owing the debt, or fail to respond to the lawsuit or appear in court, the presiding judge may decide to grant a judgment to the creditor. A judgment is a declaration by a court that the creditor has the legal right to demand a wage garnishment, a levy on the debtor’s bank accounts, and a lien on the debtor’s property. A creditor that is granted a judgment is called a "judgment-creditor." Which of these tools the creditor will use, if any, depends on the circumstances. We discuss each of these remedies below.

The most common method used by judgment-creditors to enforce judgments is wage garnishment, in which a judgment creditor contacts your employer and requires the employer to deduct a certain portion of your wages each pay period and send the money to the creditor.

Learn the Limits of a Wage Garnishment
In most states, creditors may garnish between 10% and 25% of your wages, with the percentage allowed determined by state law. See the Bills.com Wage Garnishment article to learn more.

North Carolina treats sister-state judgments differently, however. “If a court from another state issues a valid order under that state’s laws requiring an employer to withhold a North Carolina employee’s wages for payment of a debt, the employer does not violate the North Carolina Wage and Hour Act by obeying that order.”

Involuntary attachment of Social Security benefits or pensions for payment of consumer debt is not permitted under federal law, and is therefore forbidden in all states, including North Carolina. These benefits generally retain their exempt status even after they are deposited into a bank account, so a creditor cannot levy a bank account if the debtor can demonstrate that the money in the account came from pension or Social Security payments. We often recommend that people segregate those funds from by depositing the benefits into a separate bank account to avoid comingling of exempt and non-exempt funds, which can make defending an exemption claim much more difficult.

A levy means that the creditor has the right to take whatever money in a debtor’s account and apply the funds to the balance of the judgment. Again, the procedure for levying bank accounts, as well as what amount, if any, a debtor can claim as exempt from the levy, is governed by state law. Many states exempt certain amounts and certain types of funds from bank levies, so a debtor should review his or her state’s laws to find if a bank account can be levied. In some states levy is called attachment or account garnishment. The names may vary but the concept is the same.

In North Carolina, bank accounts are not generally exempt from attachment by judgment creditors, so be careful about depositing money into a bank account if you have a judgment against you. Even though wages are exempt from garnishment in NC, once you deposit your paycheck into your bank account, a judgment creditor may be able to seize 100% of the funds on deposit. For this reason, it may be wise to ask your employer to pay you by physical check instead of direct deposit until you can resolve any outstanding judgments against you; receiving a physical check will give you the flexibility to cash the check rather than depositing it, thereby preventing the seizure of the funds through a bank levy.

To claim an exemption under NCGS § 1-362, go to the North Carolina Court System Web site and search for form AOC-CV-415.

North Carolina laws governing the execution of judgments, including liens and other means of enforcement, are found in the North Carolina General Statutes, Articles 23 - 33. In regard to the creation of liens, NCGS §1-234 states, “A judgment docketed pursuant to G.S. 15A 1340.38 shall constitute a lien against the property of a defendant as provided for under this section;” this means that a properly entered judgment automatically creates a lien on any property belonging to the judgment debtor. In addition to liens created by court judgments, mechanics and contractors (and similar laborers and professionals) have the right to place liens on a property on which they have worked, if the owner fails to pay for the repairs or improvements made by the worker; such liens are created without judicial process and can be enforced without court intervention. For example, a mechanic who has repaired your automobile is not required to return the car to you until you pay him as agreed for his services.

You can find a list of the types of personal and real property that are exempt from seizure to pay outstanding judgments in Article 16, § 1C 1601 of the North Carolina General Statutes; while this list is not exhaustive, it is a good starting point when researching North Carolina laws concerning the enforcement of judgments.

When the statute of limitations clock starts depends on the circumstances and the particular statute. In North Carolina, the clock starts when the contract is breached. In other words, a contract to repay the balance owed on a credit card is breached when the defendant fails to make a payment when due. The clock may be paused (called "tolled") under some circumstances, or renewed. In North Carolina, a new promise to repay an existing debt will toll the statute of limitations period, but this promise must be in writing. A partial payment resets the clock.

Copies of all receipts issued must be kept in the collection agent’s office for 3 years.

See N.C. Gen. Stat. § 58-70-70 to learn more about the receipt requirements in particular, and Chapter 58 to read the entire statute.

North Carolina outlaws payday loans both at in-state storefronts and from online lenders. According to the North Carolina attorney general’s office, "The risk of collection harassment is high for online payday loans, and more difficult to deal with because the collectors may be unlicensed or located in foreign countries. And once a payday lender has your bank account information, you may find that the only way to keep them from taking your money is to close your account."

Consult with a North Carolina attorney experienced in civil litigation to get precise answers to your questions about liens, levies, and garnishment in North Carolina.