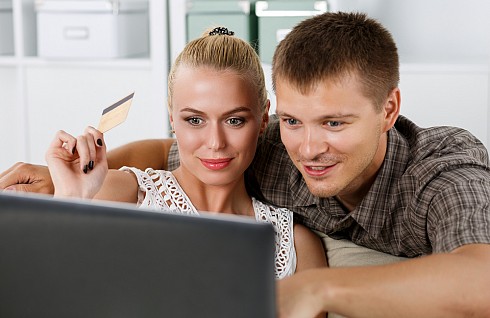 118 Comments
Get Debt Help
Choose your debt amount
Get Started
IN THIS ARTICLE:

What are my rights and liabilities for debt collection in Pennsylvania?

A collection agent or law firm that owns a collection account is a creditor. A creditor has several legal means of collecting a debt. But before the creditor can start, the creditor must go to court to receive a judgment. See the Bills.com resource Served Summons and Complaint to learn more about this process.

Worried about Debt Collectors? Get a Free Debt Consultation

Struggling with debt? Worried about debt collectors? Call 800-998-7497 to discuss different strategies so you can find the one that serves you.

In most states, creditors may garnish between 10% and 25% of your wages, with the percentage allowed determined by state law. Garnishment of Social Security benefits or pensions for consumer debt is not allowed under federal law but may be allowed for child support. See the Bills.com Wage Garnishment article to learn more.

In Pennsylvania, a bank account levy is allowed under Section 9607 - Title 13 - Commercial Code, but only after judgment is awarded. Pennsylvania has a $300 statutory exemption for account levy (42 Pa. C.S.A. Section 8123). Marital assets are exempt, and banks must notify the creditor of recurring electronic deposits, such as payroll, Social Security benefits, disability payments, and so on, that might be exempt if the account contains less than $10,000. All garnishments and levies in Pennsylvania must be served by the sheriff.

Under Pennsylvania law, Section 5107 - Title 12 - Commerce And Trade, "If a creditor has obtained a judgment on a claim against the debtor, the creditor, if the court so orders, subject to the limitations of sections 5108 and 5109, may levy execution on the asset transferred or its proceeds. Notwithstanding voidability of a transfer or an obligation under this chapter, a good faith transferee or obligee is entitled, to the extent of the value given the debtor for the transfer or obligation, to: (1) a lien on or a right to retain any interest in the asset transferred.

Pennsylvania foreclosure laws can be found in conjunction with the various types of real property such as Planned Communities, Condominiums, and Co-ops. To learn more about the rules surrounding foreclosure in this state, including deficiency balances please refer to Title 68 - Real and Personal Property. Pennsylvania has a deficiency judgment rule as described in Section 8103 - Title 42 - Judiciary And Judicial Procedure. A lender can sue for deficiency within six months after the foreclosure.

Consult with a Pennsylvania state attorney experienced in civil litigation to get precise answers to your questions about liens, levies, and garnishment in Pennsylvania. If you cannot afford an attorney, you can navigate the process yourself by taking advantage of the Pennsylvania court’s self-help resources — for example, you can find general information in the FAQ section, while many of the forms you will need are available for download at the Pennsylvania Unified Judicial System forms page. Again, you should find an attorney if possible, but if you cannot, the resources listed should prove helpful.

Unsure How to Handle Your Debt?

Unsure how to handle your debts? Talk to a pre-screened Bills.com debt resolution partner to find the strategy that works best for you.