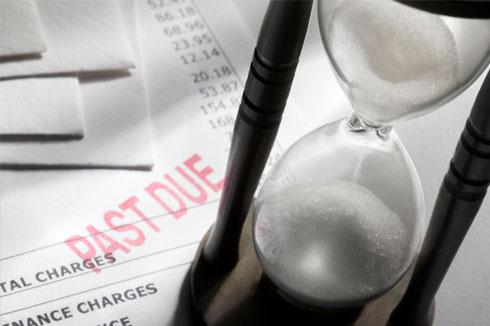 How to Dispute Re-aged Debt.

Re-aging a debt is the act of reporting an inaccurate date of first delinquency to a credit reporting agency, such as Equifax, Experian, or TransUnion. Re-aging a debt may or may not be illegal depending on whether the consumer consents to the date change and the creditor’s intent.

The FCRA Compliance Date must be reported for each trade-line — which is industry jargon for a reported debt, such as a credit card account, vehicle loan, department store card, and so on — that is reported in a consumer’s credit report.

Why Re-Age a Debt?

There are three possible reasons a data furnisher, such as a collection agent or original creditor, will re-age a debt.

The process for handling the first and third reasons are the same and are explained below:

The Federal Trade Commission lists the following steps as the appropriate method for resolving credit reporting inaccuracies. This is codified in § 632 of the FCRA, and 15 U.S.C. § 1681s-2.

Step 1: Get Your Credit Report

An amendment to the FCRA requires each of the nationwide consumer reporting companies — Equifax, Experian, and TransUnion — to provide you with a free copy of your credit report, at your request, once every 12 months.

The three nationwide consumer reporting companies have set up a Web site, toll-free telephone number, and mailing address through which you can order your free annual report. To order, visit AnnualCreditReport.com, call 1-877-322-8228, or complete the Annual Credit Report Request Form and mail it to: Annual Credit Report Request Service, P.O. Box 105281, Atlanta, GA 30348-5281. You can print this FTC form (PDF). Do not contact the three nationwide consumer reporting companies individually.

Provide your name, address, Social Security number, and date of birth. If you have moved in the last two years, you may have to provide your previous address. To maintain the security of your file, each nationwide consumer reporting company may ask you for some information that only you would know, like the amount of your monthly mortgage payment. Each company may ask you for different information because the information each has in your file may come from different sources.

If any of the above information is inaccurate, the consumer credit reporting agency may have added incorrect information to your account accidentally. This is very common. If incorrect addresses or Social Security numbers appear, this may be evidence of someone using your identity.

Tell the consumer reporting agency, in writing what information you think is inaccurate. Include copies (NOT originals) of documents that support your position. In addition to providing your complete name and address, your letter should clearly identify each item in your report you dispute, state the facts and explain why you dispute the information, and request that it be removed or corrected. You may want to enclose a copy of your report with the items in question circled. Send your letter by certified mail, "return receipt requested," so you can document what the consumer reporting agency received. Keep copies of your dispute letter and enclosures.

Consumer reporting agencies must investigate the items in question -- usually within 30 days -- unless they consider your dispute frivolous. They also must forward all the relevant data you provide about the inaccuracy to the organization that provided the information.

To obtain a sample of a dispute letter please visit the Bills.com Debt Self-Help Center.

If the creditor (either a collection agent or an original creditor) verifies a re-aged date you know to be incorrect, then you should forward all of your evidence and a succinct letter describing the violation to the Federal Trade Commission and your state's Attorney General, which are tasked with enforcing the FCRA. If the credit reporting agency does not not investigate, or fails to correct the date of first delinquency after receiving evidence the date reported is inaccurate, then a consumer may have a cause of action to sue the creditor and consumer credit reporting agency.

Congress gave consumers several causes of action (legal reasons to file a lawsuit) and set limits on damages consumers can recover under the FCRA. (These limits are separate from any breach of contract or negligence claims under state law.)

Below is the first of two relevant sections of the FCRA that give consumers damaged by creditors a cause of action:

The next section is a bit more interesting because the damage limits are higher, and the description of the damaging actions is closer to what you described.

Conclusion and Next Steps

If you have solid evidence of a collection agent re-aging an account, dispute the account as described above. If there is no change following an investigation by the consumer credit reporting agencies reporting the erroneous data, then forward your evidence to the FTC and your state attorney general. Find an attorney with experience in civil litigation or consumer law and talk with him or her about the possibility of filing a lawsuit against the collection agent or the consumer credit reporting agency.