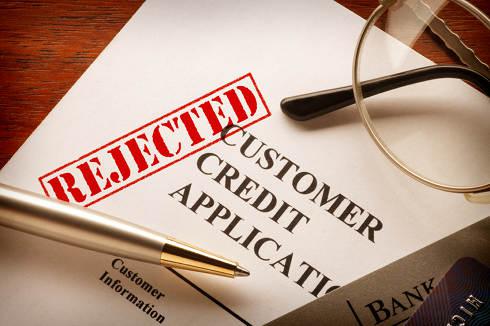 2 Comments
Get Debt Help
Choose your debt amount
Get Started
IN THIS ARTICLE:

Step 1: File a Dispute With the Consumer Credit Reporting Agencies

You have several options to file a dispute:

Here’s what the FCRA requires:

...The notice shall include all relevant information regarding the dispute that the agency has received from the consumer or reseller. [FCRA § 611(a)(2)]

To comply with the FCRA, the consumer credit reporting agencies and major creditors use a private, Web-based communications system called e-Oscar to share information with each other about consumer disputes. For the most part, the dispute process is automated. When a consumer credit reporting agency receives a dispute from a consumer, a credit reporting agency takes a minute or so to read the dispute, classify it as a two-digit code, and sends an automated message to the creditor using e-Oscar. Note that it appears e-Oscar does not appear to comply with FCRA § 611(a)(2) because it fails to include all relevant information regarding the dispute to the creditor about the consumer’s dispute.

The creditor must take one of three actions when it receives notice of a dispute via e-Oscar or another means:

If the consumer credit reporting agency changes the information in question, it will inform the consumer.

Generally, creditors spend a few seconds in e-Oscar with each dispute to make the Ignore, Change, or Confirm decision. They tend not to review a consumer’s history or monthly statements, but look at a summary to determine if addresses, Social Security numbers, and final balances match. Bills.com readers report that if an account is paid in full or paid as agreed (in other words, settled), creditors will tend to ignore a dispute. However, if the debt is unresolved, then creditors will tend to take the time to hit the Confirm button. Remember, the dispute process is designed to correct credit report errors, and not to remove accurate information a consumer may dislike.

You may wonder what’s the point in sending a detailed dispute CMRRR if the consumer credit reporting agency will reduce all of your evidence to a two-digit code, and not share the your evidence or other documents with the creditor that reported the false information. The next steps will start to make this clear.

...if requested by the consumer, a description of the procedure used to determine the accuracy and completeness of the information shall be provided to the consumer by the agency, including the business name and address of any furnisher of information contacted in connection with such information and the telephone number of such furnisher, if reasonably available; [FCRA § 611(a)(6)(B)(iii)]

...A consumer reporting agency shall provide to a consumer a description referred to in paragraph (6)(B)(iii) by not later than 15 days after receiving a request from the consumer for that description. [FCRA § 611(a)(7)]

Use Certified Mail, return receipt requested (CMRRR) when communicating with a collection agent or the consumer credit reporting agencies. Why? Two reasons. First, you know exactly who received your letter and when. Second, the recipient cannot argue they did not receive your letter when you have the receipt that states who signed for the letter.

If you are sent records of your account, review them and decide if they contain sufficient detail to show you owe the debt and the amount claimed. If the records are thin and not conclusive, take the next step.

If the original creditor has no records, or the records consist of summary information, send another letter to the credit reporting agency and explain that you conducted your own investigation and found that the creditor has either no record of the debt, or unconvincing and insufficient records. Explain that the credit reporting agency must open another dispute. If you spoke to the original creditor on the telephone, include the name and telephone number of the customer service representative. If your new information is in paper form, make a reference to it in your letter, and include a copy in your letter. Explain that if they refuse to remove or correct your credit report, state that you will retain counsel and will review your rights to file a lawsuit for willful non-compliance under FCRA § 616. Send this letter CMRRR. Again, keep good records of the letters you send because you may need them later.

If you do not receive a letter within about 35 days, you can assume the credit reporting agency is not opening a new investigation. Send the credit reporting agency a final letter indicating you intend to file a lawsuit against it under FCRA § 616 unless it removes the incorrect information immediately. Include copies of your earlier correspondence. Again, send this letter CMRRR.

Step 5: Consult with a Lawyer

Consult with a lawyer in your state who has experience with consumer credit cases. Take all of your correspondence to your meeting with your lawyer. The lawyer will review the facts of your case and advise you whether or not you could benefit from taking legal action.

If you uncovered convincing, clear evidence of an FCRA violation, the lawyer may take your case on a contingency-fee basis. With a contingency fee, your lawyer doesn't charge you an up-front fee, but takes a percentage of any money won in a suit.

The FCRA’s § 616 allows consumers to file civil actions against reporters of false information, too. Talk with your lawyer about filing an action against the creditor/reporter if you find evidence a it gave false information about you to a consumer credit reporting agency.

Before you sign any contingency fee agreement with a lawyer, make sure you understand who pays the following fees, and if any of these will be deducted from your award should you win: