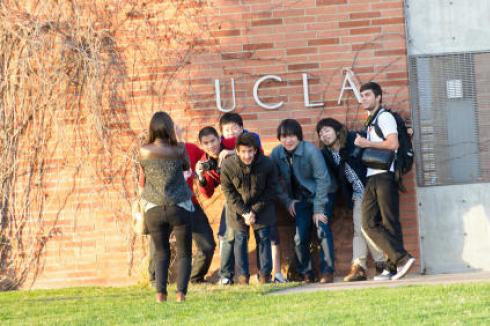 If I default on a private student loan, can the creditor get a wage garnishment on my spouse? I live in California.

I reside in California and took out a private student loan before i was married. it is in my name only. I defaulted on it AFTER i was married. does t...

I reside in California and took out a private student loan before i was married. it is in my name only. I defaulted on it AFTER i was married. does this mean the creditor can seize my husbands assets, levy his bank accounts, or garnish his wages if they are all ONLY in his name? How long is the statute of limitations for private student loans in CA? How long does a judgment stay on my credit report if they happen to get one?

Pre-marital debt is treated differently from assets, however. See California Family Code Section 910(a), which reads in part:

Except as otherwise expressly provided by statute, the community estate is liable for a debt incurred by either spouse before or during marriage, regardless of which spouse has the management and control of the property and regardless of whether one or both spouses are parties to the debt or to a judgment for the debt.

In other words, community funds may be reached by a judgment-creditor to satisfy a debt. But, as Bills.com reader Kristin points out below, California § 911 makes a spouse’s earnings off-limits:

911. (a) The earnings of a married person during marriage are not liable for a debt incurred by the person's spouse before marriage. After the earnings of the married person are paid, they remain not liable so long as they are held in a deposit account in which the person’s spouse has no right of withdrawal and are un-commingled with other property in the community estate, except property insignificant in amount.
(b) As used in this section:
(1) "Deposit account" has the meaning prescribed in paragraph (29) of subdivision (a) of Section 9102 of the Commercial Code.
(2) "Earnings" means compensation for personal services performed, whether as an employee or otherwise.

What this means is community assets are available to judgment creditors a non-debtor spouse's wages deposited to a separate account are off-limits.

What may be confusing you is you may have heard that student loans are treated as separate property upon divorce in California. That is true (CFC §2627). But, during the time that the couple is married, their debts are considered part of the community, with a few exceptions that do not apply to the situation you described.

This means that if a California spouse defaults on a student loan, the creditor has the right to obtain a judgment and collect from either the debtor or the debtor’s spouse’s community property. However, the creditor may not pursue the spouse's wages.

The FCRA 7-year rule is separate from state statutes of limitations for debt issues. All trade lines can be reported on each of the credit bureaus. However, the reporting agencies must update and keep accurate data in their credit files. If there is erroneous information (like a collection account, that you believe is inaccurate), you must notify them (typically through a certified letter) and then wait one reporting cycle (90 days) for the errors to be removed.

I hope that the information I have provided helps you Find. Learn. Save.