Will there be new reverse mortgage rules in 2013? 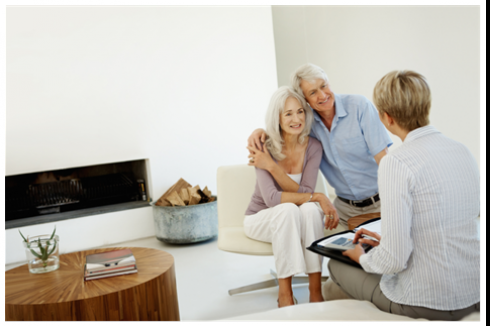 Update - September 20, 2013
Since our last update on December 18, 2012 a lot has changed. First, the FHA abolished the Standard Fixed Rate HECM loan. Then, in September 2013 they announced big changes in their HECM loan, which will effectively lower the total loan available in the first year, and changes in the way the lender evaluates the borrower.

Thank you for your question about reverse mortgage rules. We have seen big changes in the Home Equity Conversion Mortgage (HECM) - or commonly referred to as reverse mortgages - program.

Background: Why Make Changes in the Reverse Mortgage Rules?

The two main reasons that the FHA is making the changes are:

In fact, Sen. Corker (Tennessee) suggested a moratorium on HECM loans.  Sec. of Housing and Urban Development (HUD) Shaun Donovan noted in his Senate testimony before the Senate Banking Committee on December 6 2012, that there is a real need for a reverse mortgage and it benefits some consumers.; however he too realizes that there is a need for major changes in the reverse mortgage rules. Some of these changes can be made by the Federal Housing Authority (FHA) and some require Congressional action.

Although no moratorium was made, real changes have been made to the reverse mortgage rules.

Quick Tip#1
Bills.com reminds you to move with caution. Learn about a reverse mortgage and its pros and cons and how to avoid scams.

Back in late 2012 Sec. Donovan indicated that the FHA is prepared to take short-term to long-term actions to rectify the problems in their reverse mortgage programs. Their goal is to create new reverse mortgage rules that will allow consumers to take a safer product.  In mid-September 2013, sweeping changes have been made in three main areas that will be addressed are shown in the chart below:

Starting September 30, 2013 all new HECM loans have strict rules regarding the amount of money you can take. Here are two of those changes:

You can take your reverse mortgage in a few methods, as follows:

By choosing a lump sum (and taking the maximum allowable amount) many borrowers make themselves financially vulnerable. Some borrowers deplete their equity and then don’t have sufficient funds in case they need to leave their home.

Tip
The lump sum is in general a poor financial choice for most borrowers. Your home is a valuable asset, that needs to be considered over the long run. Make sure that the reverse mortgage fits into your long-term financial retirement plan. It is not meant to pay off debts, take vacations, increase your standard of living – and then leave you with no assets in case you need to move from your primary residence.
Quick Tip #2
Use your reverse mortgage to help you stay in your house. Get a reverse mortgage quote from a Bills.com  reverse mortgage provider.

New reverse mortgage rules in 2013  include stricter borrower guidelines. The main focus of the changes is to ensure that the borrower has sufficient funds to maintain their monthly expenses and especially those relating to housing.

Starting September 30, 2013 all new HECM loans have strict rules regarding how borrowers qualify for a HECM loan. Here are two of the major changes::

Reverse mortgages have no monthly principal or interest payment, however they do require that your maintain your basic housing payments, including:

Although HECM reverse mortgage loans require, by law, mortgage counseling, still too many borrowers do not correctly calculate their financial needs. One common problem is that borrowers don’t make those payments and then default on the loan.

Quick tip #3
If you are considering taking a reverse mortgage to settle debt problems, then think again. Get a free debt relief quote from a pre-screened Bills.com debt relief providers.

For most, building up equity in a house takes a long time. Don't throw that away by taking a reverse mortgage that doesn't fit your needs. A reverse mortgage is a complex financial product. Stricter reverse mortgage rules will help many consumers avoid the dangers of a reverse mortgage. Making sure that you have enough cash to pay your monthly bills and avoiding depleting your equity are winning rules for everyone, the lenders, the borrowers and the FHA.

Quick tip #4
Before taking a reverse mortgage carefully evaluate your long-term financial needs. Then make sure you shop for the right loan and best terms. Get a quote from a Bills.com reverse mortgage provider.
4.9
/5.0
(23 Votes)
5 Comments
Recent Oldest
1500 characters remaining