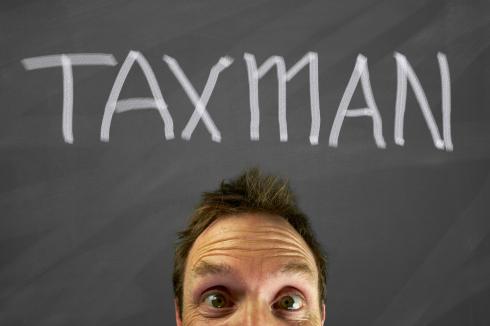 Through IRS Notice 2014-21, the IRS provides basic information on the U.S. federal tax implications of transactions in bitcoin and any of the more than 200 forms of cryptocurrency.

According to the IRS, for federal tax purposes bitcoins are treated as property, not currency. The same general tax principles applicable to property transactions apply to transactions using bitcoins.

Let’s take a look at an example. Mike sells paintings through his website and he decides to start accepting bitcoins in order to increase his online sales. Mary pays him 1 BTC (a total of $500 on that day) for a painting. Mike holds on to the bitcoins for two days before converting them to US dollars. Three possible scenarios may happen:

Note that these are three very simplistic scenarios, and that things can quickly complicate if Mike were to work also as a bitcoin trader, hold a lot of cash reserves in bitcoins, make capital investments or have expenses to be able to process bitcoin payments, or buy instruments to hedge his exposure against bitcoin’s price volatility.

Use Bitcoin as Payment

What about Mary, the painting buyer from our example? Imagine that she loves so much using bitcoin online, that she constantly keeps a balance of 10 BTC in her wallet.

According to IRS Notice 2014-21, Mary has to keep track of all possible capital gains and losses from all personal transactions, no matter how small. Remember that the IRS deems bitcoin as property, not as currency, so the exemption for up to $200 in transactions in foreign currency doesn’t apply.

Issue or Receive Bitcoin as Wages

Mike’s online gallery is booming and he decides to hire Steve as an independent contractor to pick up the slack. Steve prefers to get paid in bitcoin by Mike.

If Mike decides to hire Steve as an employee and continue to pay Steve in bitcoins, he needs to issue a W-2 form valuing the bitcoins at fair market value at the time of payment.

To make ends meet, Steve works as a bitcoin miner on a part-time basis. "Miners" are treated as financial services providers, rather than prospectors. This means that miners don’t need to sell their "discovered treasure" to incur income. Mike needs to recognize income at the time he receives his bitcoins, using fair market value. For more information, miners can refer to IRS Publication 525, Taxable and Nontaxable Income.

Bills Action Plan
Here are three important reminders to pay attention to for all bitcoin transactions:

What are you doing to meet the requirements set by IRS Notice 2014-21?