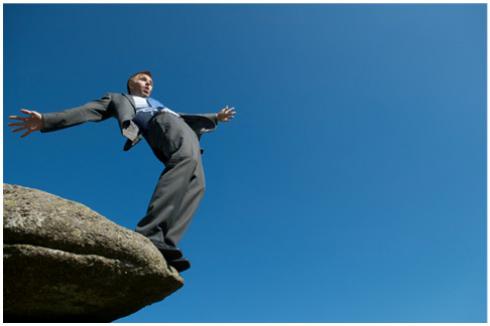 2 Comments
Start your FREE debt assessment
Choose your debt amount
Get Started
IN THIS ARTICLE:

How Will the Fiscal Cliff Affect American Consumers?

Is the United States approaching a fiscal cliff? We are, if we continue on our present course. As things stand today, as soon as 2012 ends, your income taxes will increase and heavy government spending cuts will automatically take place.

As part of a compromise reached by Republicans and Democrats to raise the debt ceiling, both parties agreed to set up a committee to reach a broad agreement to lower the federal deficit. The committee could not produce a satisfactory compromise, despite the fact that moderates from both parties participated.

The Republicans are standing firm on not raising taxes and the Democrats oppose the spending cuts that the Republicans support. Where this leaves us is standing on the edge of a looming financial crisis — the fiscal cliff. As we move towards this, both sides blame each other.

Who's at fault, when it comes down to it, is less important than the consequences of inaction. Both sides, predictably, will blame the other, but it will be the whole country that will suffer from their inability to reach a compromise.

There is a strong fear, expressed by some business leaders and economists, that the combination of a tax hike along with automatic cuts in defense and domestic spending could throw the US economy back into recession. Interest rates could rise and the U.S. credit rating could be cut, raising the cost for borrowing money for the businesses and consumers.

Without an agreement, businesses would likely be wary to hire or give raises and could even cut hours or jobs. The housing market, which is growing at the fastest pace since the mortgage meltdown, could be hit hard. Just when the economy is showing some signs of recovery, going over the fiscal cliff could cause great harm. A drop in consumer spending along with cuts in government spending would increase recessionary pressure. Because the US has the world's largest economy, problems here could ripple out and cause damage throughout the world.

The Fiscal Cliff's Effects on the US Consumer

There are a number of effects that you need to be aware of. Interest rates could rise, affecting anyone looking to refinance a loan or buy a home. Higher rates also can affect anyone looking to buy a car or carrying credit card debt. Consumers who've been struggling to stay afloat could well find themselves unable to keep up with their debts.

In general, when entering into a time of economic uncertainty, it is a good idea to take a conservative outlook. You want to:

Quick tip #1:
If your credit card debt is causing you stress and problems, you can receive a free debt relief consultation from a pre-screened debt relief provider.
Quick tip #2
contact one of bills.com’s pre-screened refinance partners for a free, no-hassle mortgage quote.

While there is hope Congress and the President will reach some compromise after the election, the issue has been kicked down the road so many times that it is hard to be optimistic. The pressure is building on both sides. It is becoming an issue in the Presidential Election campaign. However, both sides seem to be digging in and demonizing the other side, making it even harder for them to find a middle ground. Like two riders playing chicken, it seems that both are willing to crash. Will they? And, will they take us with them? Stay tuned.