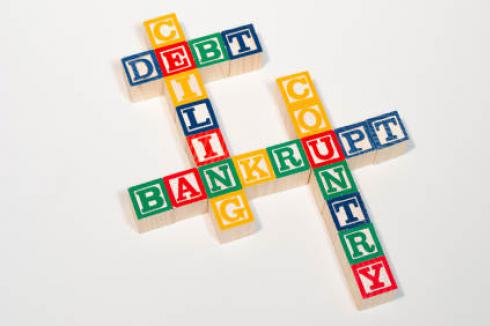 2 Comments
Start your FREE debt assessment
Choose your debt amount
Get Started
In this article:

Don't Let the Debt Ceiling Fall on You

Congress and the President narrowly avoided taking us over the fiscal cliff, at the end of 2012. Now, their inability to agree on raising the debt ceiling is threatening to throw the country into economic turmoil. The debt ceiling is the amount of money Congress and the President authorize the United States government to borrow to meet its debt obligations.

The government's debts include:

If the debt ceiling is not raised, it will result in a partial shutdown of the federal government, seriously harming the economy. Failure to raise the debt ceiling won't have any impact on past spending — those commitments are already on the books. The debt ceiling debate is, therefore, intended to influence the debate over the costs of future laws, spending priorities, and tax policies.

The news is full of reports on the politics of the debt ceiling debate. Republicans aim to tie an increase in the debt ceiling to cuts in future spending. Democrats in Congress and President Obama oppose that. The President and the Democrats argue that raising the ceiling only allows the government to pay its bills that are already due and should not tied to future spending. Not raising the debt ceiling, they state, would be be catastrophic. The US government would default on some of its obligations, the government's credit rating would drop, and there would be a strong risk of recession.

Republicans argue that not controlling spending will only compound the problem. If government spending is not cut, it will lead to a cycle of increased debt and the need to raise the ceiling again, again, and again.

Both sides would have a more compelling argument, if they were consistent. Back in 2006, when George W. Bush was President, the two parties took the opposite side than they are taking now. The Democrats voted against raising the debt ceiling and the Republicans voted in favor of it. As a senator in 2006, Barack Obama said that raising the debt ceiling was "a sign of leadership failure."

If no agreement is reached and the government can't pay for all its obligations, the government's credit rating could be lowered, causing a hike in borrowing in costs and a slowdown in the general economy.

How the Debt Ceiling Affects You

It was the Fiscal Cliff last month and the Debt Ceiling this month. On the horizon is the need to pass continuing resolutions to allocate the government's budget. Given the divided government in the US, it seems reasonable for you to prepare to act as if this is not the last crisis we'll face.

At Bills.com, we focus on the consumer. We'll leave the political analysis to others. Our primary concern is how the debt ceiling debate can effect you. The general debate creates a climate of uncertainty. In uncertain economic times, you want to take steps to make your finances as secure as possible. We don't know exactly how the debt ceiling will play out, but the strategies that Bills.com recommends are sound, whether a crisis happens or is avoided.

You should take steps to improve your financial health now, in case the debt ceiling crisis causes any of the following:

Quick tip #1
see if you can save money by refinancing. contact one of bills.com's pre-screened mortgage providers for a free mortgage quote.
Quick tip #2
Get a free debt relief consultation from one of Bills.com's approved debt relief providers.

There is no way to know how the debt ceiling negotiations will turn out. However, there are good reasons for you to weigh the negative consequences could hit the general economy and affect you and your family. President Obama gave a stark warning about what would happen if the debt ceiling is not raised, "Investors around the world will ask if the United States of America is in fact a safe bet. Markets could go haywire. Interest rates would spike for anybody who borrows money, every homeowner with a mortgage, every student with a college loan, every small business owner who wants to grow and hire. It would be a self-inflicted wound on the economy. It would slow down our growth, might tip us into recession, and ironically, would probably increase our deficit."

Take the right steps to improve your finances now, so you are prepared for the negative effects the debt ceiling crisis, or any future economic crisis, will cause.