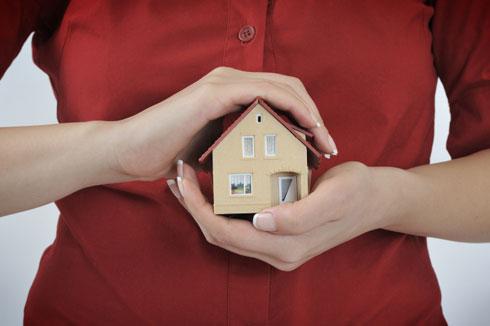 Learn how to effectively shop for home insurance

Among the different changes that have affected the residential mortgage market homeowners found themselves paying more for homeowner’s insurance -- if they were able to find it.

Homeowner’s insurance protects homeowners from damages to their home that are sustained from bad weather, tornados, fire and similar casualty losses. (Flood insurance is sold as a separate policy.) It also protects them from potential liabilities that occur on their property -- a neighbor’s child who falls on the driveway, for instance.

Mortgage lenders require borrowers to obtain a homeowner’s insurance policy as a means of protecting the collateral of their loans. Since the insurance industry is regulated by state commissions, availability and affordability of homeowner’s insurance varies among states. The National Association of Insurance Commissioners (NAIC) maintains a directory of state offices at its Web site.

The Wall Street Journal reported in May 2002 that 23 state insurance commissions had granted Allstate Corp. permission to hike homeowners’ premiums an average of nearly 20%.

In Texas, premiums have doubled in some areas while the number of homeowners whose policies were not renewed has soared. Meanwhile, State Farm Mutual Automobile Insurance stopped underwriting new policies for homeowners in Texas, California and Louisiana, the Journal said.

What are some of the reasons for these premium hikes and the drying up of policy coverage?

Major sources of blame are a rash of weather-related catastrophes, higher home-repair costs and the emergence of mold claims, says Robert Hartwig, chief economist for the Insurance Information Institute.

While mold claims have been around for a long time, Hartwig blames an explosion in claims and related lawsuits for directly impacting the availability of homeowner’s insurance in Texas. He says mold-related claims in Texas increased nearly sevenfold in the second quarter of 2001 over the first quarter of 2000. Over the same period, insurer payouts increased more than eightfold.

In addition, home-repair costs are increasing at 7% a year -- well above the average rate of inflation, Hartwig says. Together, these factors are contributing to an average annual increase of 9% hike in premiums for homeowner’s insurance for 2002, the Institute estimates.

Homeowners in California are facing their biggest crunch in paying for homeowner’s insurance since the Northridge earthquake of 1994. According to a survey by the Insurance Information Network of California, insurers in that state paid $430.5 million in water-and mold-damage claims in 2001, more than double the amount paid in 1997, the Los Angeles Times reported in January 2003.

Sure, homeowner’s insurance is harder to come by and more expensive, but if you apply some of the basics in this educator you shouldn’t have too many problems.