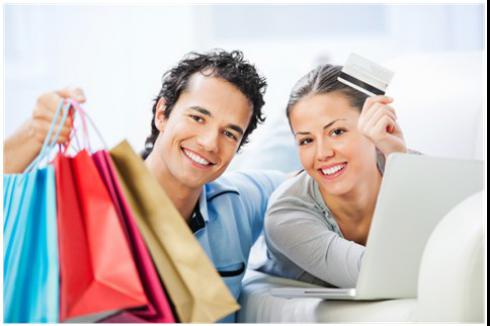 Many people find it hard to get credit cards. For those with high debt, low income, and an inability to make the payments, that sounds both reasonable and prudent. However, for some, such as non-working spouses, being denied a credit card on their own name smacks as unfair.

The Credit Card Accountability Responsibility and Disclosure Act of 2009 (Credit CARD Act) aimed to clean up the credit card market by introducing rules to protect consumers against lack of transparency and predatory lending. This included regulations limiting the allowable changes in interest rates and clearer disclosures about changes in credit card terms.

The Credit CARD Act also added severe restrictions regarding who can get a credit card, especially the student credit card market and applicants under the age of 21. A new stricter rule was imposed on credit card issuers, which allowed them to approve a new credit card only if the applicant had an independent source of income. One group that was hurt by the new rule is non-working spouses. Even if they were an equal beneficiary of their spouses steady income, they were shut out of getting a credit card on their own name.

In October 2012, the CFPB proposed a modification of the Regulation Z and Truth-in-Lending Act rules relating to credit cards income qualifications.

The current rules and regulations (Regulation Z and TILA) require that a credit card issuer to make sure that the applicant has an independent source of income. The purpose of the regulations is to protect weaker borrowers from getting access to credit cards, which they would not be able to repay.

However, according to research done by the Consumer Financial Protection Bureau (CFPB) evidence applicants with good credit history and access to funds to pay credit are being turned down. The major groups affected are stay-at-home moms and non-working spouses.

The CFPB has proposed the following changes:

The new ability to pay rule aims to help a household member without direct income, for example a non-working spouse. Under the proposed rule, if they can show that they have a reasonable expectation to access the working household member's income, then they will be able to qualify for a credit card.

A shared residence is not sufficient evidence of a reasonable expectation of access to income; however, the CFPB provides three examples when an applicant can use a spouse's income:

The new proposed rules will not apply to consumers under the age of 21. They will have to show independent income sources or provide additional guarantees.

Quick Tip #2
See how much your credit card purchases will really  cost you by using the Bills.com minimum payment calculator.

Here are some credit card alternatives:

Setting regulations against predatory lending is fantastic. However, enforcement is always more difficult, and unfortunately too late for some borrowers. Getting a credit card and running up debt you cannot afford is not a wise financial move. The credit card company will most definitely pursue you for your debt, including placing liens on your property, bank levies, and if you work, wage garnishments.

Make sure that you are an educated consumer, who works with a budget and a good financial plan.