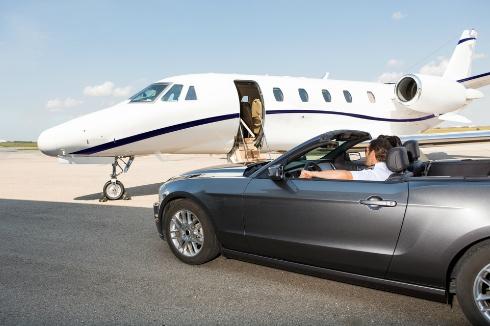 28 Comments
Get Debt Help
Choose your debt amount
Get Started

When You May Be Responsible for Your Spouse's Debt

Both spouses must repay a debt when both sign the loan contract as joint borrowers. When only one spouse signs a loan or credit card contract, however, the other spouse may or may not have liability for the debt.

Four factors determine if you have liability for your spouse’s debts:

This article reviews each reason why you may have liability for your spouse’s debts. Let’s start with the state law question.

When it comes to family law, states follow two schemes; Community property and common law. Whether you live in a community property or common law state is the most important factor to determine if you have liability for your spouse’s debt.

Spouses living in common law states do not have liability for the other spouse’s debt, as a general rule. But if you reside in a common law state you can’t stop your analysis here, because other factors may come into play. For example, if you lived in a community property state when your spouse signed the contract, you may have liability for the debt.

Spouses living in a community property state, or who lived in one when the spouse opened the account, may share liability to pay the debt. This may be true even though only one spouse signed the credit contract as co-debtor.

In community property states, the general rule is both spouses have liability when:

As a practical matter in community property states, creditors tend to avoid suing both spouses, as doing so complicates the process of obtaining a judgment. However, this does not mean an aggressive creditor will not pursue all of its available rights to collect a debt.

One important disclaimer: Community property laws are unique to each state. Your state’s laws may vary from the general rules. Therefore, consult with a lawyer in your state who can review the details of your situation and give you accurate advice about your rights and liabilities under your state’s laws.

The Type of Debt Your Spouse Owes

In either a community property or common law state, you may need to pay your spouse’s debt if:

Many states have laws that do not require a spouse to have liability for debts related to an unfaithful spouse’s luxuries. A typical example of this is where a spouse buys jewelry for his or her paramour, courts will not give the jilted spouse liability for the debt related to the paramour’s gift.

When the Debt Was Incurred

Pre-marital debt is usually considered separate debt in both common law and community property states. Of course, if the debt from a joint account, both signers of the account share liability for the debt.

Struggling with debt? Contact one of Bills.com’s pre-screened debt providers for a free, no-hassle debt relief quote. Recovering from debt might be cheaper than you expect.

A judgment-creditor may have the right under your state’s laws to seize the funds in joint accounts owned by the judgment-debtor. For this reason, Bills.com does not recommend joint accounts. If you have a joint account with a judgment-debtor, then close the account. Open separate accounts with separate tax ID/Social Security numbers. If you need to transfer funds between your accounts, your bank or credit union will almost certainly allow you to do so electronically.

Learn Your Rights and Liabilities

Consult With a Lawyer

If you or your spouse are sued, or you are reasonably certain you are about to be sued, consult with a lawyer in your state who has consumer law experience. Your lawyer will spell out your liabilities, and help you decide what actions you can take to protect your household’s assets. If you cannot afford a lawyer, find a legal aid organization that can help you.

Your state’s laws have a large influence on whether you need to pay your spouses’s debts, but there are three other factors in play, too, you need to keep in mind.

Follow these steps if your spouse is sued, or is about to be sued for a debt: