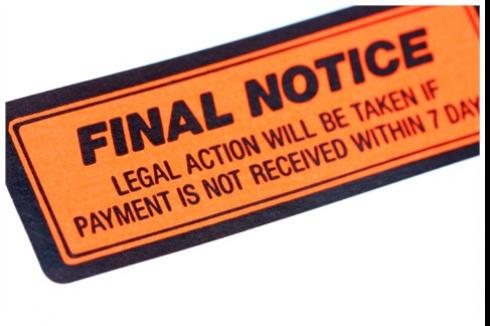 American consumers have more than $800 in credit card debt, close to $1 trillion in student loans and mortgage foreclosure at record levels. Many Americans are not able to make their payments on time.

When a borrower defaults on their loan or debt, then debt collectors step in and put on the pressure. Many times, the debt collectors harass and use illegal debt collection tactics, in order to scare the consumer into paying debts.

Richard Cordray, the head of the CFPB (Consumer Financial Protection Bureau) announced on February 15 2012 that the Bureau would step up its efforts to supervise debt collectors and credit agencies. According to the CFPB press release issued on February 16, 2012 about 30 million Americans have debt under collection. The average amount of debt under collection for these consumers is $1,400.

The FTC and Regulating Debt Collection

Debt Collection is regulated through federal and state laws, and the Federal Debt Consumer Protection Act (FDCPA). These laws and rules are not always easily accessible to consumers. Unethical debt collectors often take advantage of debtors.

The FTC (Federal Trade Commission) is the major regulator. It provides both consumer information and an address for complaints. They have a Web page dedicated to helping the consumer identify and deal with a fake debt collector. Here are some tips offered by the FTC: “A caller may be a fake debt collector if he:

The FTC provides much more information and guidance as relates to debt collectors, as well as an avenue to make a complaint.

Richard Cordray is quoted by the LA Times as saying that, "Debt collectors and credit reporting agencies have gone unsupervised by the federal government for too long". He continued to point out that "Consumers don't get to choose their debt collector, and they don't get to choose whether to have the consumer credit reporting agencies keep track of their credit history".

There are different types of debt collection firms. The CFPB has identified and classified the debt collectors into three main categories as follows:

The CFPB plans to supervise large debt collectors in all three categories.

Quick Tip
Use the Debt Coach to help you find the right solution.

While it is nice to have regulators like the FTC and enforcers like the CFPB, getting debt free is up to you. The cycle of debt is a trap, where you keep paying more interest and financial cost, just to cover your existing debt payments.

Although each situation is unique, and many times requires professional legal advice, Bills.com provides you with valuable information to help you make informed financial decisions.

Are you overwhelmed by debt? Debt problems cause a lot of stress. Even if you are keeping a budget, higher expenses and/or lower income can cause you to get deeper in debt.

Once you fall behind in your payments, the lender will begin to take collection action against you. Sometime the original lender acts on its own, and sometimes it will sell the debt to a collection agency. (They have different rules and regulations). In many cases, a long time passes without anything happening and suddenly you are bombarded with collection calls, letters, and many time threats. Even small debts can cause embarrassment. Scammers try to collect on debts you don't even owe, and unscrupulous debt collectors misinform you about debts that have expired. Oftentimes debts are paid off, just to avoid the hassle.

Debt, and debt collection involves many technical and legal terms, often unclear and confusing. Terms like, debt validation, charge-offs, summons, judgments, wage garnishments, bank levies and liens can be difficult to digest. Collection laws and statute of limitations (SOLs) are key factor in deciding how to deal with debt, but are hard to understand.

To improve your debt situation here are some preliminary steps to take: