How can I stop a foreclosure in Nevada?

I am one of many Nevada home owners with property values underwater. Our primary residence is valued at $247,000, which translates to $173,000 less than what we owe. In addition, we have two rental properties and a considering buying a third property. My question relates to the consequences if vacate our primary residency and become delinquent on the loans. What can be expected if we do this? 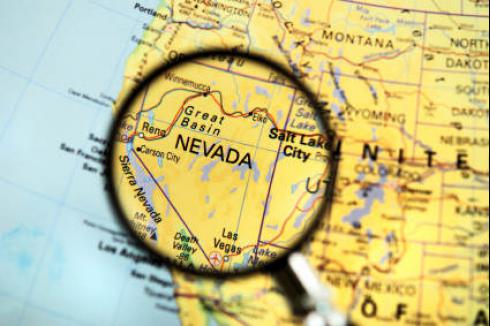 In most states, when a person stops paying their home loan, the inevitable result is a foreclosure, followed by an auction, and a visit by the sheriff with a notice of eviction.

In Nevada, however, home owners in distress have a means to put a halt, albeit temporary, to foreclosure. This answer outlines Nevada homeowners' rights and the State of Nevada Foreclosure Mediation Program (FMP).

Time-Out For a History Lesson

Back in 1946 when the character George Bailey ran the mythical Bailey Building and Loan Association, the banks and S&Ls that loaned money for mortgages held onto the rights to monthly payments of principal and interest for each loan’s entire life. As recently as 1980, about 90% of all first mortgages were owned and serviced by the bank or S&L that originated the loan. By 2009, that number was inverted — today nearly 90% of first mortgages originated are securitized and serviced by a mortgage servicer. Most new first mortgages today are purchased by Fannie Mae, Freddie Mac, and Ginnie Mae, which are US federal government-owned entities. Private investors, which are called private-label securitizations, are a fast-growing buyer of mortgage securities.

The mortgage servicer performs all day-to-day tasks related to loan, including:

Again, the mortgage servicer is separate from and is a contractor working for the security owner. What is potentially confusing is the largest mortgage servicers are household names in US banking, including Bank of America, Wells Fargo, Chase, Citibank, and GMAC/Ally Financial.

We have mentioned the word security several times, and here is where the mortgage business gets interesting.

What follows in this paragraph is somewhat of an oversimplification, but is accurate enough to convey the the general notion of mortgage securitization. Mortgage originators created grab-bags of assorted first mortgages called tranches. Some loans in the grab-bag are borrowed by low-risk people, and some are high-risk. Rating agencies looked at tranches briefly, and assigned most with higher ratings (lower risk) than they deserved. Investors bought, traded and sold many tranches several times.

This was allowed by the creation of a company called MERS, which kept track of which investor owns each loan in an electronic database. MERS bypasses the requirement that the sales of mortgages and deeds of trust are recorded in the local county where the property is situated. Whether this scheme complies with state laws is still being litigated. Nevertheless, by 2007 two-thirds of all US first mortgages were recorded by MERS.

The problem with MERS is it depends on the loan originator to keep the original paper copies of the loan documents. Banks, as it turns out, are lousy record keepers. Which brings us back to Nevada’s Foreclosure Mediation Program.

Quick Tip
looking for a refinance? let's bills.com match you with a pre-screened lender that serves your area.

Nevada’s state legislators and judges noticed homeowners in distress were not, as a general rule, getting satisfactory responses from mortgage servicers. Many of the misdeeds were later spelled out in the national mortgage settlement. In 2009, the state legislature passed and the governor signed NRS 107.086, which requires the lender of a Nevada deed of trust to:

This last main bullet point has halted virtually all foreclosures that have gone to mediation. Why? Because of securitization and reliance on MERS, very few mortgage servicers can produce the original or certified copies of the loan documents. The originals are lost or no longer exist.

What should a Nevada homeowner in distress do? Upon receipt of a a foreclosure notice, formally titled Notice of Default (or Breach) and Election to Sell, the homeowner has 30 days after being served with a foreclosure notice to elect to participate in mediation. The cost is $200. To participate, the homeowner should download a the Election/Waiver Form from the FMP Web site and submit the required Financial Statement and Housing Affordability Worksheet to the FMP. There are other requirements as well, including submitting a copy of a Election/waiver form to the lender.

Nevada’s FMP applies to owner-occupied properties. If you want to remain in the property, consult with a local lawyer who has experience with Nevada’s FMP.

If you walk away from the property and allow a foreclosure, you must receive credit for the greater of the fair market value or the foreclosure sale price. Under Nevada law, any lawsuit to collect the deficiency balance must be filed within 90 days of foreclosure sale.

If you have a Fannie Mae or Freddie Mac loan, consider HARP 2.0, which may allow you to refinance to a more affordable monthly payment.